The Coyote Call Trail offers hikers the chance to take a pleasant walk along the wall of an ancient volcano, while providing outstanding scenic views into the Valle Grande of the Valles Caldera National Preserve. This relatively easy route traces a loop along the hillside of the caldera itself. 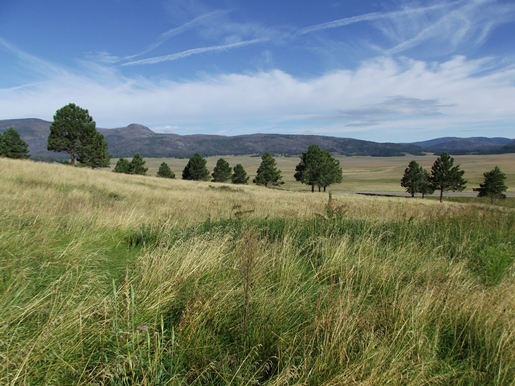 Although we didn’t actually see or hear any coyotes during our hike, we did see several hawks soaring on the updraft thermals, as well as plenty of evidence of elk that had bedded down in the grass the night before. 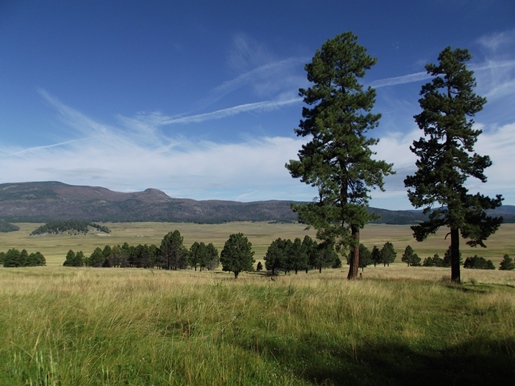 The hike begins with a moderate climb through an open grassy meadow. Along this stretch you’ll also pass through stands of ponderosa pine, as well as young and mature aspens. The upper sections of the hike travel through long stretches of dead conifer trees, the result of the Las Conchas Fire which burned more than 156,000 acres in the Bandelier National Monument, Santa Fe National Forest and Los Alamos areas in 2011. The top half of the trail is, for the most part, fairly uneventful. To be honest, the trail doesn’t appear to be used much, and maintenance appears to be quite infrequent. During our hike there was quite a bit of overgrowth along the trail, though it was still easily passable and easy to follow. 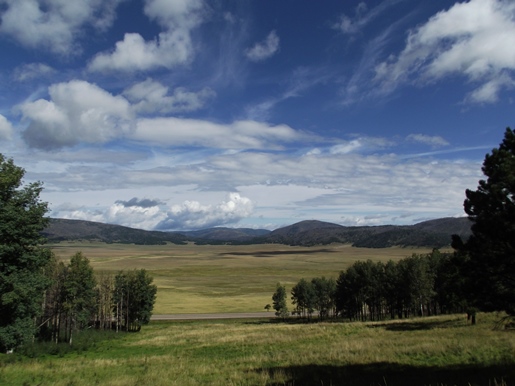 Although the upper portions of the loop provided nothing much to write home about, the lower portions provide outstanding views of the Valle Grande. This thirteen-mile-wide valley, which is actually a volcanic caldera, was formed when the earth collapsed after a catastrophic volcanic eruption took place here roughly 1.25 million years ago – a geological event very similar to how Yellowstone was created. The eruption was so powerful that it pushed out 150 cubic miles of lava, and shot ash as far away as to what is now Iowa. Scientists estimate that the volume of material ejected was more than 500 times the amount ejected by the 1980 Mt. St. Helens eruption. 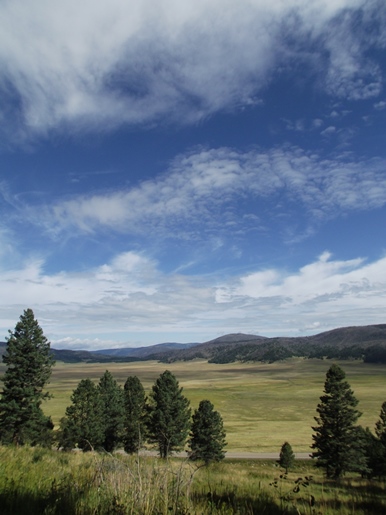 Today this extremely beautiful valley is officially known as the Valles Caldera National Preserve. It’s known for its huge mountain meadows, abundance of wildlife, meandering streams, and for preserving the homeland of ancestral native peoples and embracing its rich ranching history. In 2000 Congress purchased the 89,000-acre unit, known as the historic Baca Ranch, for $100 million. A study conducted in 2009 determined that the Valles Caldera met the high criteria for inclusion in the National Park Service, noting its significant national value and unique, unaltered geology. In 2013 U.S. Senators Tom Udall and Martin Heinrich reintroduced legislation to transfer the management of the Valles Caldera National Preserve to the National Park Service. On October 1, 2015 the preserve was officially handed over to the National Park Service. Who knows, perhaps someday it will become a national park. 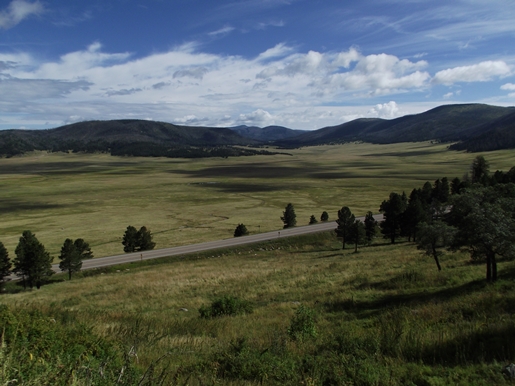 Several movies have been shot in and around the Valles Caldera, including The Gambler, Buffalo Girls, Last Stand at Saber River, The Missing, Seraphim Falls and most recently, The Lone Ranger with Johnny Depp.

While the Coyote Call Trail travels along the southern rim of the caldera, a nice compliment to this hike is the La Jara Trail, which provides visitors with the chance to explore the valley floor. For an even better option, I highly recommend checking out the hike up to Cerro Grande Peak.