Prior to reaching Colorado during a road trip in 2009, my wife and I decided we would finally take the side trip off I-70 to conquer Mt. Sunflower, the highest point in the state of Kansas.

Scaling a formidable peak such as Mt. Sunflower requires meticulous planning. Prior to embarking on our expedition we lined-up sponsors, hired Sherpas to set-up a base camp, and packed away plenty of Diamox to help ward off bouts of altitude sickness.

After spending as much time as possible at base camp, acclimating to the thin air at the lofty elevation of 4026 feet, we launched into our high adventure with all the usual mountaineering accoutrements; balaclavas, avalanche beacons, ropes, crampons, ice axes, two-way radios, and most importantly, bottled oxygen. Although we fully intended to attempt the summit without supplemental oxygen, our Sherpas stashed several tanks at high camp just in case either one of us ran into any emergencies near the summit.

During the planning process, one of our biggest fears was the possibility of encountering one the rogue storms that buffet the slopes of Mt. Sunflower on a regular basis. Fortunately for our team, this particular day was relatively calm.

Yes, Mt. Rainier has its Disappointment Cleaver, and Mt. Everest has its Hillary Step, but Mt. Sunflower has the infamous Jayhawk Traverse which climbers must negotiate along the peak's Northeast Face. At an elevation of 4031 feet, this is one of the most treacherous sections on the entire mountain - a place where many have perished over the years. Here’s a view of the deep canyon that lies below the Jayhawk Traverse (although I fumbled with my camera with numbed hands and fingers, I was still able to shoot this as we pressed on through the oppressive atmosphere): 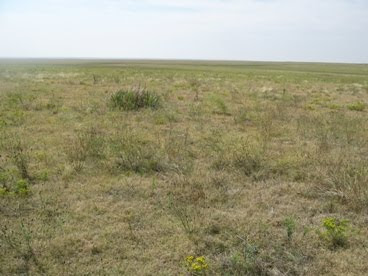 At 4034 feet I took this shot of one of the endless number of false summits we had to contend with - all the while being exposed to the "death zone": 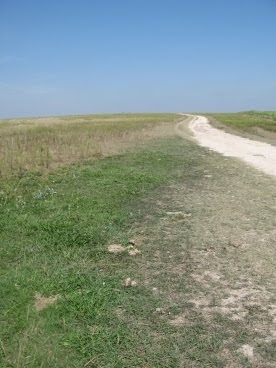 After numerous false summits, too many to keep track of, the face of the dreadful peak finally comes into view. Here's what we saw as we made our final approach to the summit: 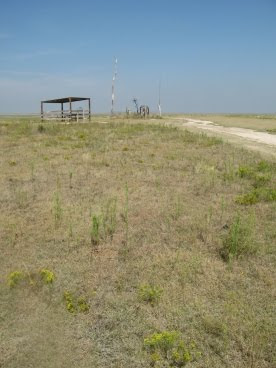 Suffering from extreme exhaustion, hypoxia and Acute Mountain Sickness, our team finally arrived at the 4039-foot summit. At last, we had conquered the savage mountain!

It was at this time that I recalled some sage advice from world famous mountaineer, Ed Viesteurs: "Getting to the top is optional, getting down is mandatory". This bit of wisdom and guidance was now weighing heavily on my mind. The reality of the situation was that we were only at the half-way point: 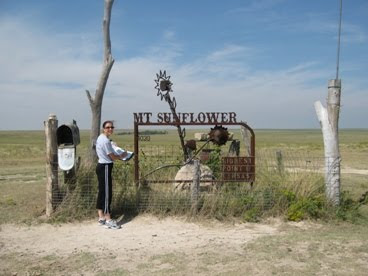 So you may be asking yourself: Why would anyone climb Mt. Sunflower? The only reason I could think of in my oxygen-starved mind was simply, because it was there...

The expedition didn't escape without incident, however. On our return to base camp, while traversing the western edge of the Konza Glacier, I slipped on some rotten ice. Just in the nick of time I was able to self-arrest with my ice axe. I literally touched the void at that moment. Another second or two and I would've fallen to the bottom of the Prairie Couloir.

All in all the expedition proved to play an important roll in helping us train and acclimate for our next big adventures in Rocky Mountain National Park!

Mt. Sunflower, my 14th state highpoint, is located on the far western border of Kansas on the Harold Family Ranch in Wallace County. The most difficult part about reaching the summit for would-be "climbers" are the 20+ miles of un-paved roads you have to drive on. As long as it's not wet, the roads are fine for two-wheel drive vehicles.

Driving Across Kansas - Guided by authors Ted Cable and Wayne Maley, the historical landscapes of I-70 come back to life, recalling landmarks and legacies relating to pioneer movements and Indian dispossession, army outposts and great bison hunts, cowboys and cattle trails, the struggles over slavery and women's rights, and the emergence of major wheat, beef, oil, and water industries.Their guide parcels out information, mile-marker by mile-marker, in a way that's equally accessible to westbound and eastbound users alike.