After eating a large Texas-shaped waffle in Odessa, my wife and I made the three-hour drive to Guadalupe Mountains National Park to do the relatively easy hike to Devils Hall. The 4.2 mile hike would act as a warm-up for our trek up to Guadalupe Peak the next day - the highest point in Texas.

Because the Guadalupe Mountains are so isolated, the park, established in 1932, is one of the least visited parks in the National Park System. Only about 200,000 people make the trek to the West Texas park each year – compared to roughly 10 million for the Great Smoky Mountains each year.

The park rises above the Chihuahuan Desert, and lies within the heart of the Guadalupe Mountain range that spans southeastern New Mexico and West Texas. 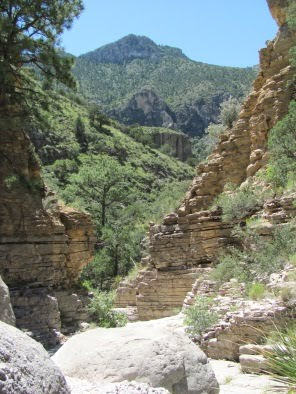 Our destination for the day was a relatively flat trail that leads hikers to a narrow canyon at the end of Pine Spring Canyon.

The trail highlights a wide diversity of plant life. In addition to the many cactus type plants you might expect to see in a desert environment, we also saw many wildflowers, as well as maple, ash and pine trees. 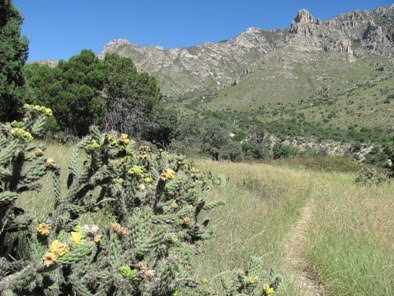 Roughly half-way into our hike we startled a mule deer. Instead of running away, it hopped away as if it were on a pogo stick. We also saw several prairie lizards, a rather large collared lizard, and a couple of Rufous Hummingbirds. Fortunately, or unfortunately, we didn’t get an opportunity to see any of the other star creatures of the park, such as black bears, mountain lions, elk, javelinas, rattlesnakes, scorpions or even tarantulas. 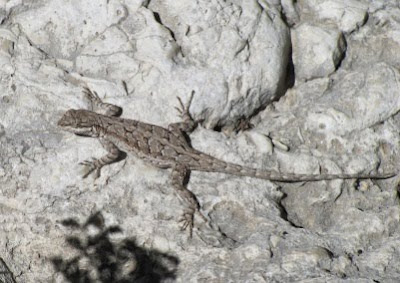 Just prior to reaching the Devils Hall we climbed the Hikers Staircase - a natural rock formation that conveniently provides hikers with relatively easy passage through an otherwise rough section. 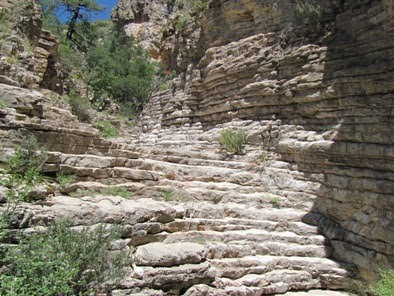 As you proceed up Pine Spring, the canyon continues to narrow until you reach the dramatic and beautiful Devils Hall. 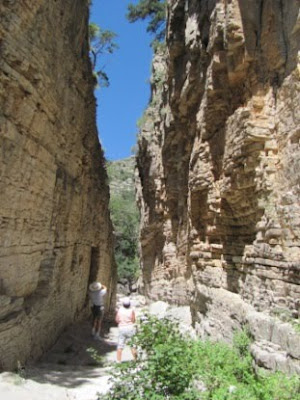 Over the next two nights we stayed in the tiny town of Van Horn, Texas – roughly 60 miles south of the park. Prior to our trip we had heard about Chuy’s, a local Mexican restaurant in town. We were quite intrigued by the fact that John Madden of NFL fame claimed the restaurant as one of his favorites on his "John Madden Haul of Fame" bus stops, and made at least one visit per year from 1993 until his recent retirement. However, the restaurant got some mixed reviews on Trip Advisor which concerned us a little. We decided to try it anyway.

After eating there twice I can understand why some of the reviews were less than complimentary. My assumption is that these people went in there expecting to get the same Tex-Mex fare you can get at almost any Mexican restaurant around the country. What makes this restaurant stand out is that it serves food that is more traditional, or home-style. You’ll find a lot of the same items as anywhere else, but they’re made and taste completely different than anything you normally get. We especially liked the gorditas.

Hiking Carlsbad Caverns & Guadalupe Mountains National Parks - is the only comprehensive guide to all thirty-six trails — both underground and above ground — in these two national parks. From deep caverns, to high peaks and backcountry canyons, these parks provide the perfect backdrop for an unforgettable experience.