Views from the North Rim of the Grand Canyon

I don’t know if it was due to our proximity to Los Angeles or not, but Kathy and I saw a lot of strange stuff during our short visit to the Grand Canyon this past September. At the Grand Canyon Lodge we saw a guy walk out onto the porch wearing a black Japanese kimono, donning a large red dragon on the back. We saw another guy on the Cape Royal Trail walking with a stuffed poodle in his arms. Then on the way back from Bright Angel Point we passed a young gentleman, presumably Dutch (tall and blonde hair), walking down the trail in traditional Dutch wooden shoes. Oh well….

On the flip side we did meet some very interesting people. One person in particular was an older gentleman who served in the Army Air Force during WWII. During his tour of duty he flew the hump, that is, he flew over the Himalayan Mountains between India and China to resupply the Chinese war effort against the Japanese. After the war he became a NASA engineer and helped build the Apollo program, and was very involved in helping to bring back Apollo 13. I asked him about the Tom Hanks movie and he told us they got the story just about right.

During our visit we did several short hikes, including Bright Angel Point, which is a quarter-mile walk along the peninsula that juts out from the historic Grand Canyon Lodge. From this vantage point you can “see” Grand Canyon Village on the edge of the South Rim - roughly 11 miles away in the hazy distance. You can also see 12,633-foot Humphreys Peak, the highest point in Arizona roughly 64 miles away! You may be able to see the peak in the first photo below - rising above the "horizon line" through the haze: 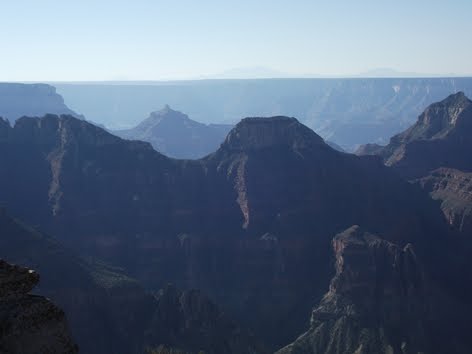 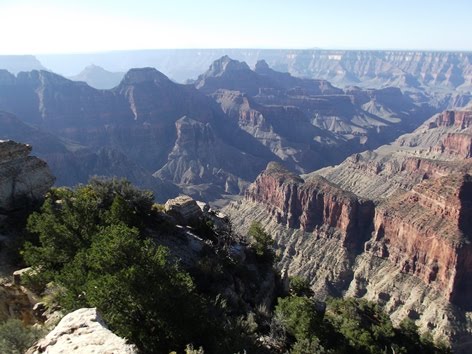 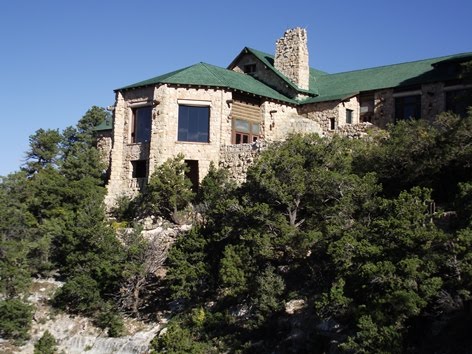 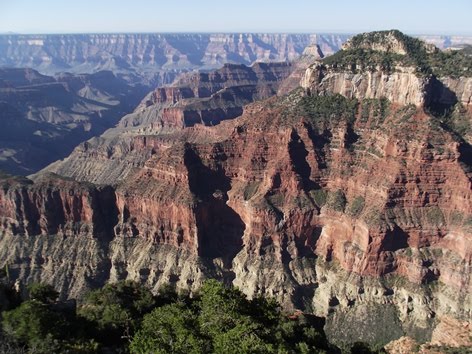 While soaking in the views we noticed a helicopter fly into the canyon. We assumed it was a tour ride, however, after a few minutes it flew back in our direction with a rescue basket hanging from it. It then made another run, this time coming back with two large cargo loads tethered to it. We never found out if this was a rescue or not. Coincidentally, there actually was a search and rescue operation carried out that same day, but it was in another part of the park.

Although we didn’t get an opportunity to see one, you should definitely keep an eye out for California Condors riding the thermals over the canyons along the North Rim. Extremely close to extinction in the late 1980s, condors were reintroduced into the wild in 1991, and have been making a steady comeback ever since. As of May 2012 the population count of known condors was 405, including 226 living in the wild, mostly in northern Arizona and southern Utah. These rare birds have wingspans that exceed 9 feet, and can live up to 60 years! Although we weren’t lucky enough to see one, we did see a golden eagle floating on the breeze.

Our next stop took us out to Cape Royal, a place with a reputation for great sunsets. This easy 0.6-mile roundtrip hike offers a few peeks at the Colorado River flowing through the bottom of the canyon. The view while standing atop Angels Window was quite stunning. 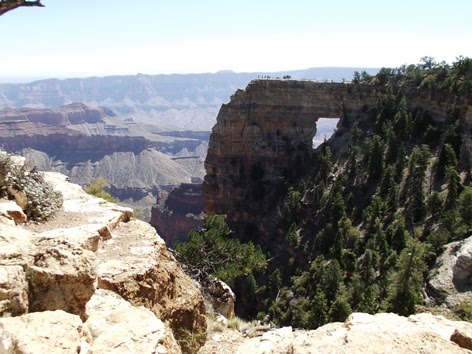 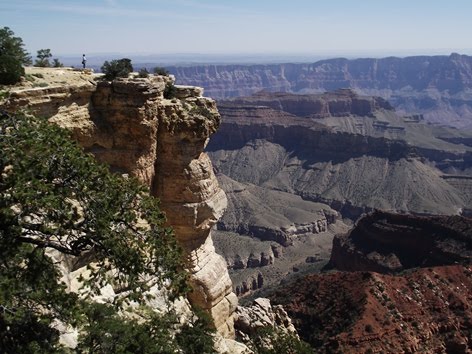 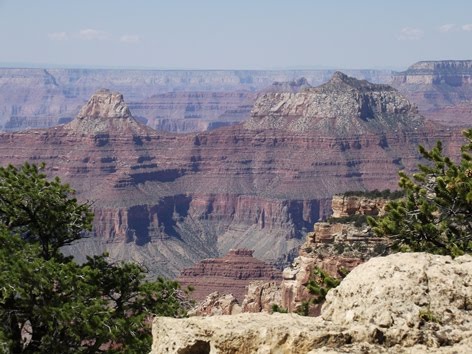 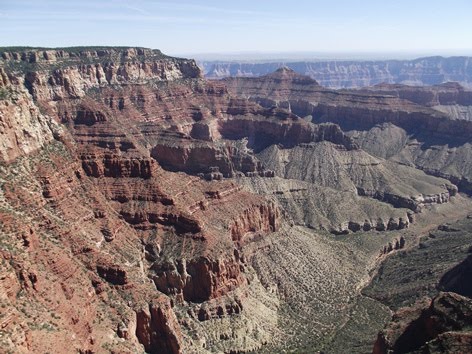 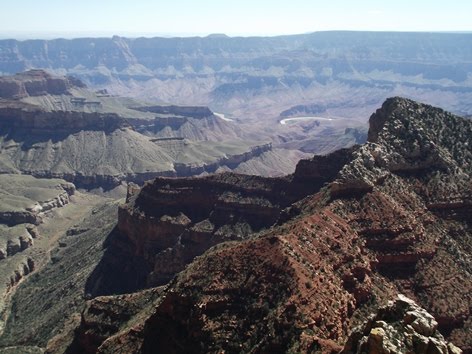 You might consider this to be a bit of national park heresy, but I thought Zion National Park was far more impressive than the Grand Canyon. However, I should say, I never ventured into the canyon itself, so that opinion could possibly be changed.

Hiking Grand Canyon National Park provides first hand descriptions and detailed maps for all of the developed trails in the park - from easy day hikes suitable for novices and children, to extended backpack trips geared for intrepid wilderness travelers. The guide covers 15 hikes on the South Rim and 13 hikes on the North Rim. Also included are tips on safety, hiking with children, access, and services, as well as indispensable information about backcountry regulations, permits, and water sources.