Although Kathy and I seldom travel to urban areas as a vacation destination - simply because we prefer the great outdoors - Santa Fe is a notable exception. Being a history buff, a bit of a foodie, and an obvious outdoor lover, Santa Fe is ground zero for all three pursuits. It’s from among these qualities that earned the city its nickname; “The City Different”. 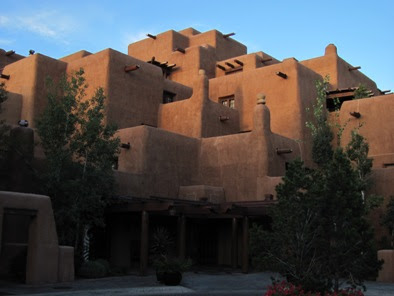 Founded between 1607 and 1610, Santa Fe is the second oldest city in America. Sitting at 7,000 feet in the foothills of the southern Rocky Mountains, it’s also the highest and oldest state capital in the United States.

For almost 400 years the heart of downtown Santa Fe has been the Plaza where the rich history of American Indian and Spanish culture blends together. The Plaza was also the final destination for wagon trains making the 800-mile journey from Independence, Missouri along the Old Santa Fe Trail.

The Palace of the Governors on the Plaza was built by the Spanish as a government building in 1610, and remains the nation's oldest continuously used public building. Inside is an art and history museum, and under its historic portal Native American artists sell authentic art, crafts and jewelry, as they have been doing on an almost daily basis since 1939. 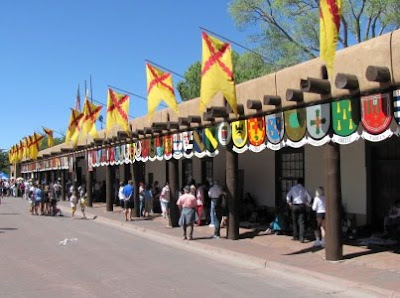 Just south of the Plaza, on East De Vargas Street, is purported to be the oldest house in the U.S. Although it was built around 1646, there are two other homes in the Northeast that claim to be older.

Our most recent visit happened to occur during the 298th annual Fiesta de Santa Fe, which celebrates the peaceful resettlement of the “City of Holy Faith” in 1692. The Fiesta includes ceremonies, parades, processions, entertainment, Masses, as well as the burning of Zozobra, or "Old Man Gloom", which is a 50-foot tall marionette that symbolizes the hardships and despair of the past year. Mariachi bands are also an important aspect of the four-month long celebration. We happened upon one at an outdoor café on Burro Alley one day as they sang a beautiful song in Spanish. Although neither one of us understood the words or the meaning, there was a woman sitting near the band that began to weep. 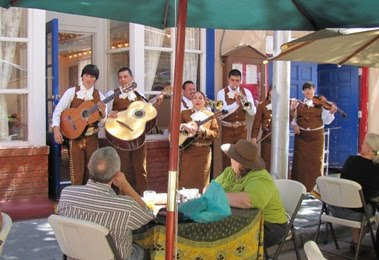 Santa Fe is, without a doubt, a gastronomical Mecca. In fact, I was looking forward to the food almost as much as I did the hiking. While in town we ate at the Guadalupe Café, The Shed, the Blue Corn Café and the Santa Fe Brewing Company. Although each restaurant fulfilled our lofty expectations, The Shed was just outstanding. If you ever have the opportunity to visit here, be sure to try the green chili stew.

The Blue Corn Café and the Santa Fe Brewing Company are both local brewpubs offering great Northern New Mexican cuisine and tasty brews, but the beer at the Marble Brewery Tap Room was the clear winner among the three. Both times we visited the Tap Room we watched the crowds attending the Fiesta below, while sipping oatmeal stouts and amber ales from the second story balcony that overlooks the Plaza. The brewery also serves pizzas from an adjacent restaurant, but we didn’t try any. 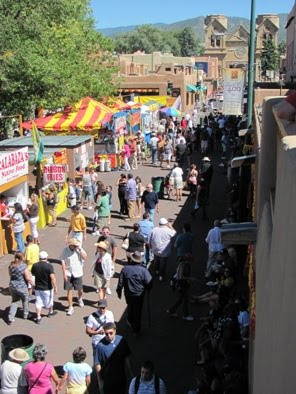 There were a couple of other restaurants that we had on our radar, such as Tia Sophia’s and Santa Luna, but we just didn’t have enough time or space in our stomachs.

The big question that’s asked at many restaurants in this part of the country is whether you prefer red or green chile. If heat intensity is an issue, note that green is generally hotter, but red is a little earthy or pungent tasting, and usually not as hot. If you’re undecided you can always just go Christmas, meaning you would like both on your dish.

If you’ve never been there, Santa Fe is an awesome destination for many reasons. You could easily spend several days to more than a week there, and never do anything more than once.

Fodor's Santa Fe, Taos & Albuquerque - features options for a variety of budgets, interests, and tastes, so you make the choices to plan your trip of a lifetime.