Over the centuries the history and culture of the city of Santa Fe has been profoundly influenced by the Catholic faith. Embedded in that history are the Spanish missions and churches in the old town plaza and surrounding region.

Below are a few photos and short explanations of the historical significance for some the most important churches in Santa Fe.

The San Miguel Mission is considered to be the country's oldest church. It was built by Tlaxcala Indians between 1610 and 1628. It’s estimated that roughly 300 Tlaxcalan Indians are buried under the floor near the church alter. They chose this burial spot in belief that they would be forever remembered in the prayers of those who attended Mass. 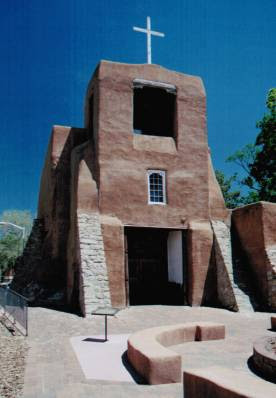 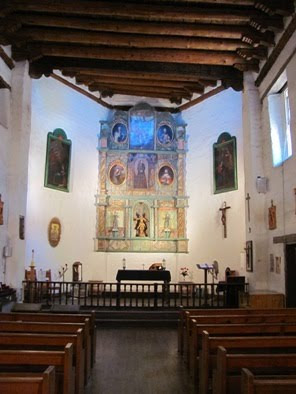 Behind the alter is a carved wooden statue of St. Michael brought from Mexico in 1709, and on the wall hangs a buffalo hide painting of Christ from the 1630s. 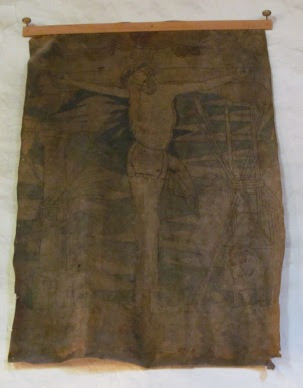 Although 400 years old, Mass is still celebrated at San Miguel each week.

The Loretto Chapel was built for the Sisters of Loretto (from Kentucky) between 1873 and 1878. The chapel is the first Gothic-Revival style church west of the Mississippi, and is modeled after King Louis IX's Sainte Chapelle in Paris. 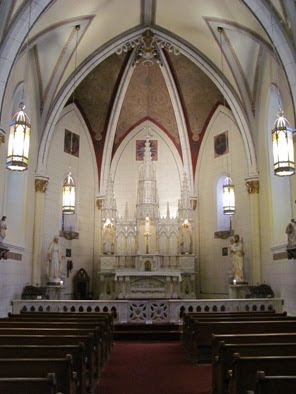 The chapel is best known for its choir loft staircase, which is considered to be miraculous due to its two complete spirals without center or side supports, thus defying engineering logic. 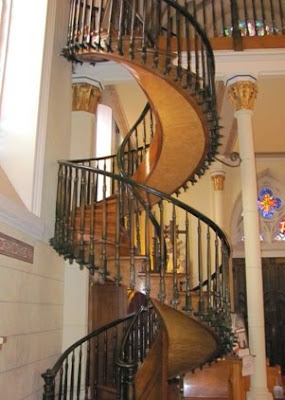 Today the church is a private museum and a popular site for weddings.

The Saint Francis Cathedral was built between 1869 and 1886, and was designed in the French Romanesque Revival style. 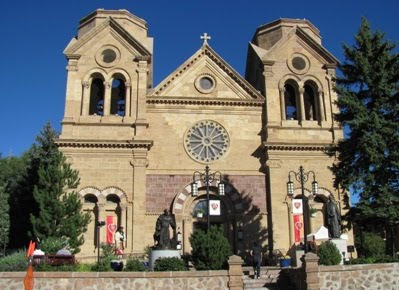 The now attached La Conquistadora Chapel was built in 1714 in honor of La Conquistadora, a statue of the Blessed Virgin Mary that was originally brought to Santa Fe in 1626. The statue was named “Our Lady of the Conquest” in 1693 after Spanish settlers were allowed to peacefully return to the city after the Indian revolt of 1680. Afterwards, the name came to represent how she was able to conquer hearts after her intercession allowed the Indians and Spanish colonists to reconcile their differences. The statue is thought to have been made in the 14th Century - or possibly even earlier. 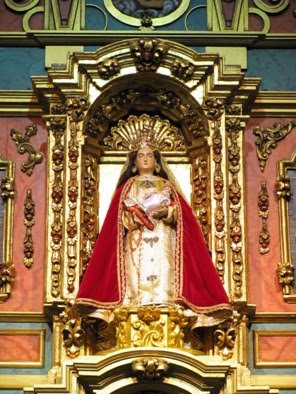 In 2005, Pope Benedict XVI officially elevated the church to the Cathedral Basilica of Saint Francis of Assisi.

The backdrops you see behind the alters in many of the churches in this region are known as “reredos”, or alter screens. They’re essentially Spanish murals that reflect carvings, statues and paintings of religious icons.

The San Francisco de Asis Church, about four miles southwest of Taos in Ranchos de Taos, was made famous through the paintings of Georgia O'Keeffe and the photographs by Ansel Adams.

O'Keeffe described it as, "one of the most beautiful buildings left in the United States by the early Spaniards."

Construction on the church began around 1772 and was completed in 1815 by Franciscan Fathers, whose patron is Saint Francis of Assisi. The church is best known for the graceful adobe buttresses and the four-foot thick adobe walls. 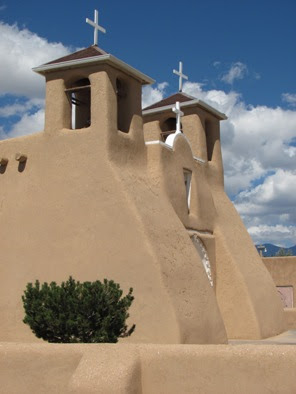 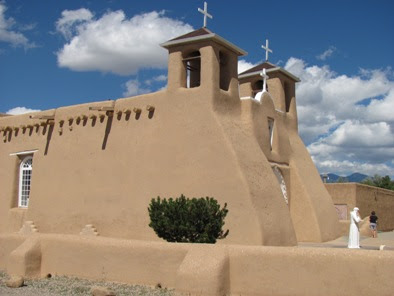 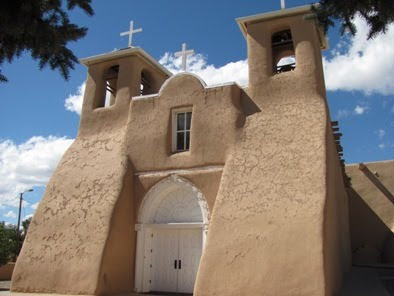 San Francisco de Asís was declared a National Historic Landmark in 1970, a World Heritage church in 1992, and is one of the most painted and photographed churches in the world.

The church, which still holds Mass each week, does not allow photographs of the interior, but visitors are still welcome to step inside.

Across the short alley from the church is the Ranchos Plaza Grill. This is a not-to-miss restaurant if you’re anywhere in the area. You can dine on the Northern New Mexican fare in a beautiful Al fresco setting, or step inside the historic building which was built around the same time as the church.

Two other historically important missions to check out in the region are at Pecos National Historical Park, and the Chapel of San Geronimo at Taos Pueblo. 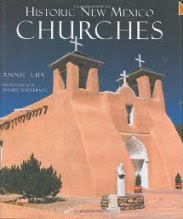 Historic New Mexico Churches - Churches have played a major role in New Mexico's culture and history since the earliest days of its colonization. Lavishly illustrated with more than 100 photographs by Daniel Nadelbach, Historic New Mexico Churches tells the story of New Mexico through its churches: their history and legends, and the people who built them. From the massive mission churches built by the Franciscan friars during the days of the conquistadors, through the smaller adobe chapels lovingly created by Spanish settlers, to the grand Gothic and Romanesque edifices erected by New Mexico's first bishop, the book leads readers on a journey through war and famine, growth and expansion, rebellion and reconciliation.