During our fall 2018 tour of the southwest we stopped in Page, Arizona to take a float trip down Glen Canyon. The town of Page was established in 1957 as a housing community for workers and their families during construction of the Glen Canyon Dam. The dam was built along the Colorado River in order to create a dependable water source for the southwest, and to generate electricity. Standing 710 feet above bedrock below the river, the Glen Canyon Dam is the fourth highest dam in America, and among the highest in the world. After its completion the dam created Lake Powell, which has a surface area of roughly 161,390 acres: 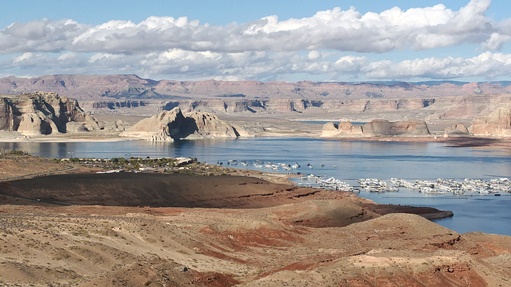 Standing above the dam, and slightly downstream from it, is the Glen Canyon Bridge, which spans 1271 feet across the canyon walls, and stands 700 feet above the Colorado River below. The bridge ranks as the fifth highest bridge in the United States: 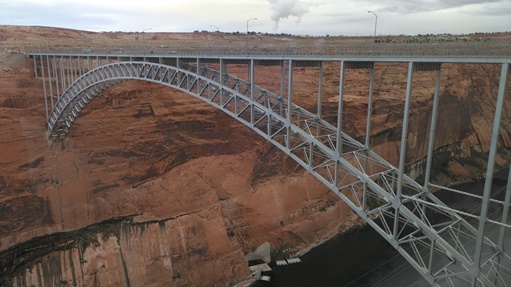 On the morning of our trip we were required to pass through a security checkpoint, which included a metal detector, before boarding a bus. Because the dam is managed by the federal government, and is deemed to be a sensitive area, all visitors must pass through security. Just down the road from the outfitter's headquarters in town, the bus enters a two-mile long tunnel to drop down to the water level at the bottom of the dam. Once at the bottom, rafters are required to wear a hard hat as they pass under the bridge. The reason being is that pedestrians tend to throw coins into the river, and they sometimes blow over to the shoreline and work areas. The hard hats are removed just before boarding the rafts. 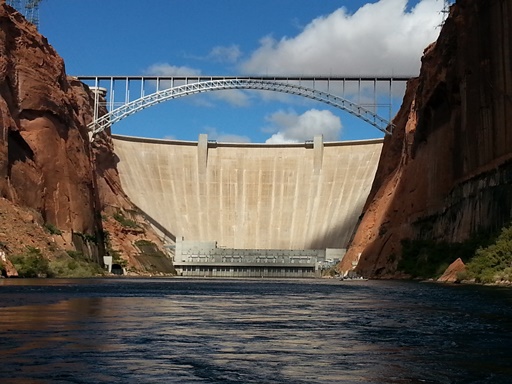 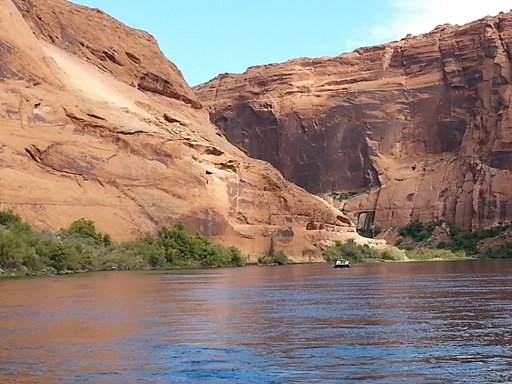 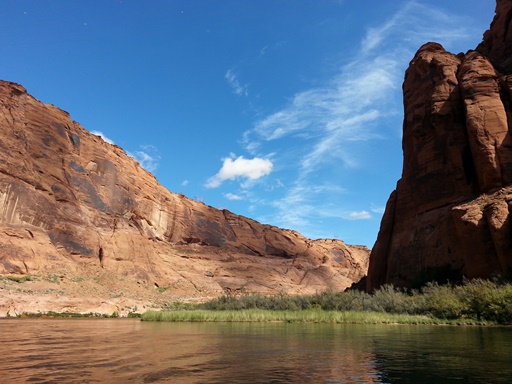 Roughly half-way down the 15-mile run the rafts stop along a beach area to check out a petroglyph panel: 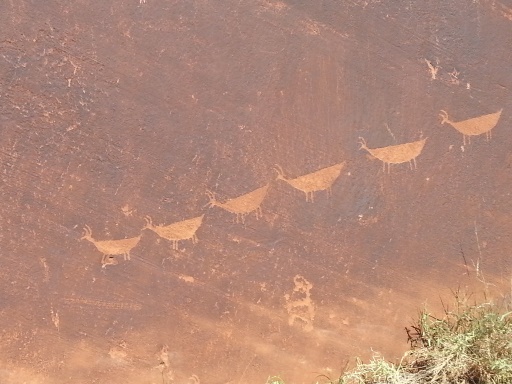 Just beyond the petroglyph panel is the longest straight away of the canyon. This is also the location of the famous Horseshoe Bend... 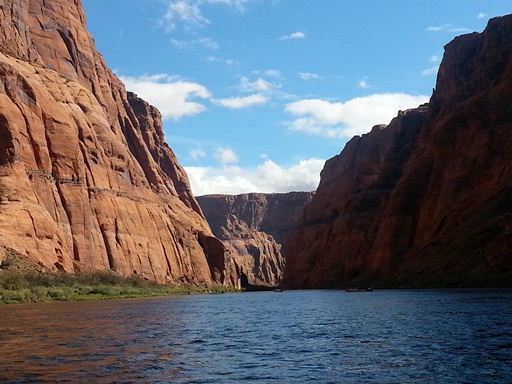 ....which we saw from above the following morning: 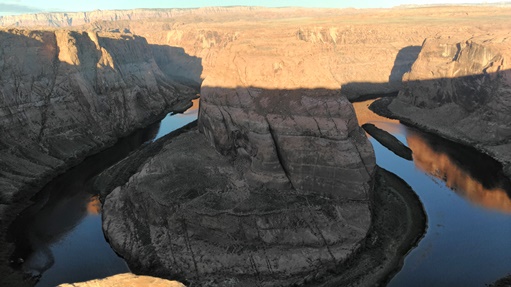