After leaving White Sands National Monument, Kathy and I headed southeast towards Alpine, Texas. Along the way we were scheduled to stop at the McDonald Observatory, located in the Davis Mountains just northwest of Alpine, to take part in their Tuesday night "Star Party". If you saw my post from White Sands, you'll likely notice large billowy clouds in my photos. Those clouds proceeded to develop into major thunderstorms. Fortunately our route took us completely around these storms. However, as got to Van Horn and beyond, more clouds began to develop. We thought for sure the Star Party would be canceled. However, once we arrived at the observatory, which sits atop a relatively low mountain, we enjoyed clear skies above us - though heavy clouds and storms threatened in all directions. As the sun set, and darkness enveloped the mountain, our luck continued as the Star Party went-off as scheduled, and we were able to view the stars through several telescopes. To be honest though, we were both pretty disappointed in the "party". We thought we would be looking at supernovas and planets in great detail, but the telescopes simply did not provide that amount of power. The best part of the party was watching the lightning that seemed to spark all around us in the far-off distance.

After getting to our hotel around midnight, we were awakened early the next morning by a raging storm that looked like a hurricane from our third floor window. Just south of town we passed several mounds of hail that had accumulated from the storm. Fortunately we weren't impacted by any severe weather as we drove south towards Big Bend National Park. By the time we reached the outskirts of the park we could see a massive storm raging over the east side of the park. Our primary destination, Santa Elena Canyon, was on the west side of the park, and appeared to be under blue skies. So far so good! However, once we arrived at the trailhead we found out that Terlingua Creek was impassable due to heavy rains. We were only able to see the mouth of this spectacular canyon: 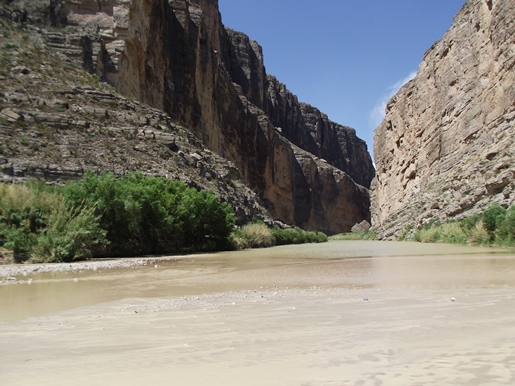 After hiking a couple of other trails on the west side of the park, we began making our way towards the east. As we progressed we could see massive storm clouds brooding towards the north. By this time it was late afternoon and we were essentially done with our visit, and were really hoping that we would be able to avoid severe storms as we headed north towards Fort Stockton. Before heading out of the park we stopped at the visitor center in Panther Junction, located near the north-central portion of the park. Here we saw a car totally destroyed by hail. There were large pock marks on the hood and trunk, and their windshield was completely destroyed. They had been waiting for several hours for a tow truck. Fortunately for us, our route took us around the storm as we headed towards the northeast.

Here are a few other photos from our time in the park: 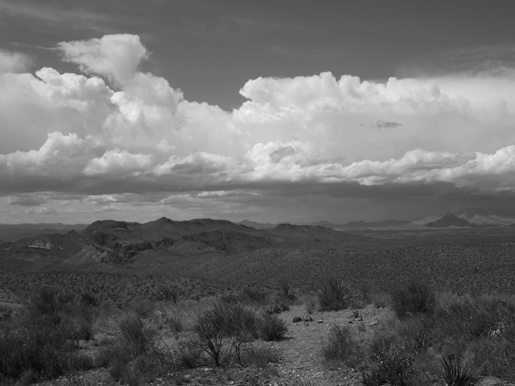 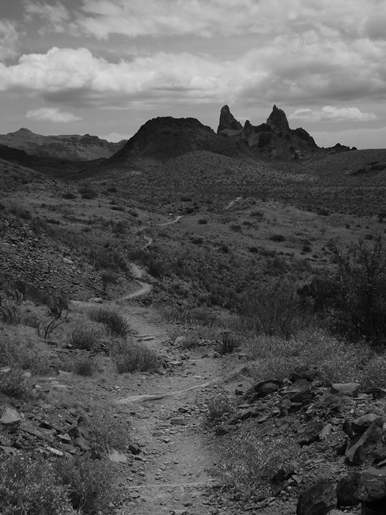 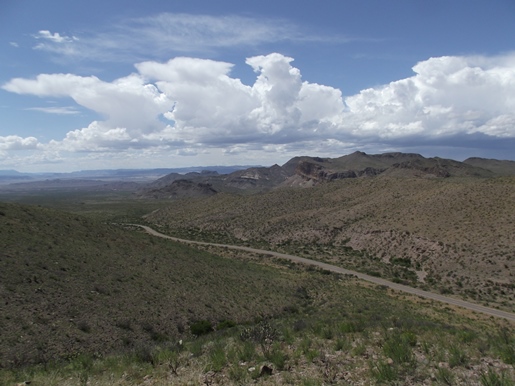 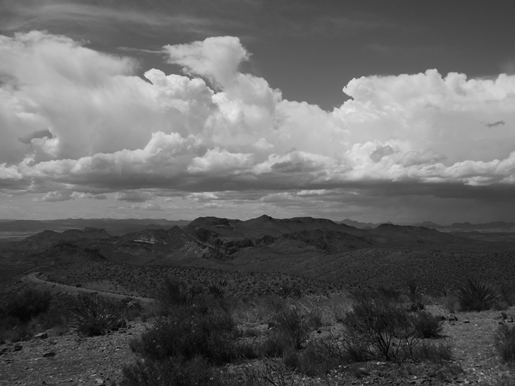 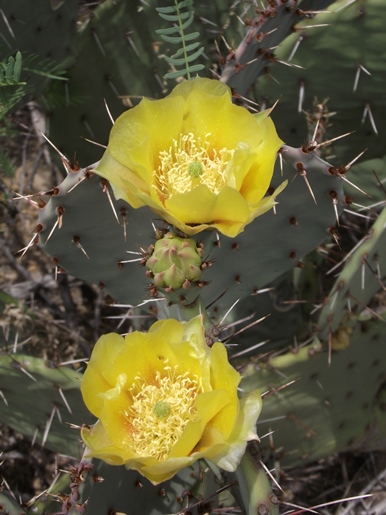 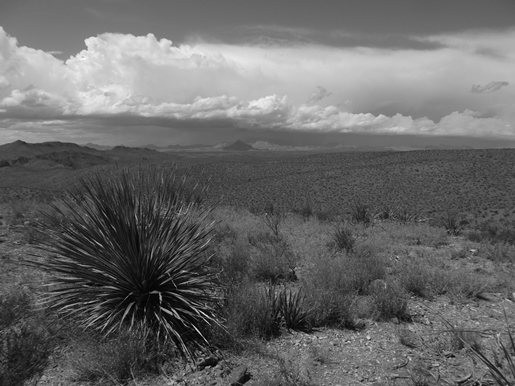