The hike to Sentinel Pass begins from Moraine Lake, which sits at the foot of the Valley of the Ten Peaks. Both the lake and the valley were featured on the reverse side of the Canadian twenty dollar bill between 1969 and 1979. At the foot of the lake is a large pile of boulders and rocks, leftovers from the glaciers that retreated thousands of years ago. A climb to the top of the rock pile is a popular destination for photographers. The view there of the lake and the valley is considered to be one of the most photographed scenes in Canada, and is now known as the "Twenty Dollar View". To say the least, this is an exceedingly beautiful scene, perhaps the most stunning in all of the Canadian Rockies. 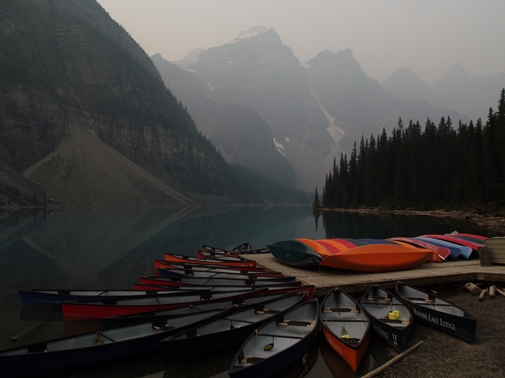 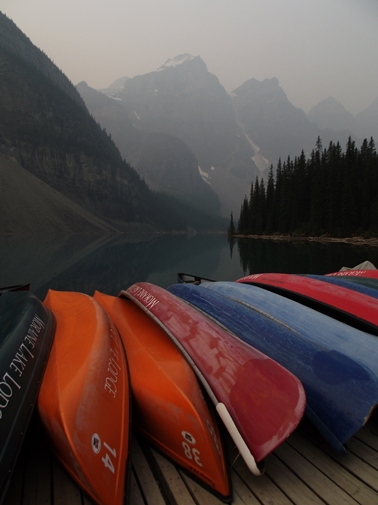 After a relatively steep climb the trail levels off and begins traveling through the scenic Larch Valley. This is a great option during the fall if you wish to see the needles of the larch trees turn golden yellow. Larches are one of only a few species of conifers that shed their needles in the fall. 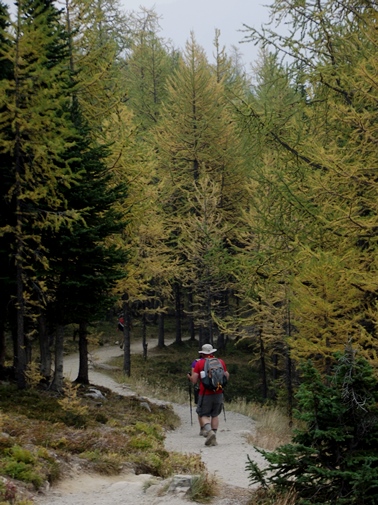 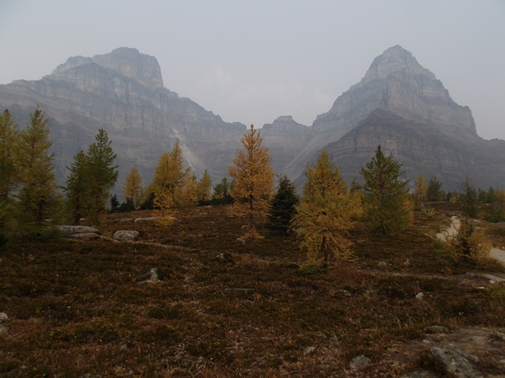 As you proceed towards the pass you’ll enjoy great views of the Valley of the Ten Peaks. Just before reaching the pass the trail passes a small tarn. From here you'll be able to see your destination, as well as the path that leads to it. Once atop the pass you’ll enjoy outstanding panoramic views of both the Larch Valley and the Paradise Valley. Unfortunately heavy smoke from the wildfires spoiled our views. 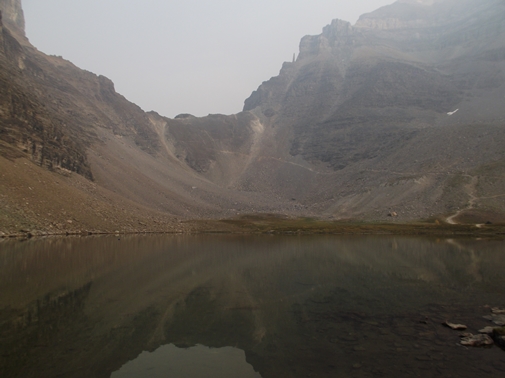 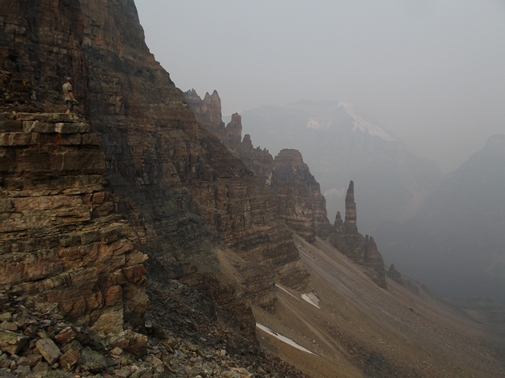 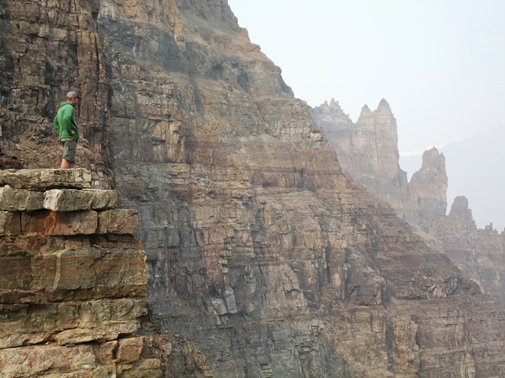