After an outstanding day of touring the northern coast the day before, the second leg of our Oregon Coast journey would take us from Coos Bay to the Samuel H. Boardman State Scenic Corridor near the California border.

Our first stop on that second day was supposed to be at the Cape Blanco Lighthouse, which sits at the western most point along the Oregon Coast. However, when we arrived at the gates of the state park we discovered it was closed. Apparently they’re only open for guided tours starting at 10 AM on Wednesdays through Mondays. Well, no big deal, except we had to drive six miles off Highway 101 to find this out! We sure did wish there was a sign right off the highway indicating those open hours.

So, continuing on and driving south, we passed through Humbug Mountain State Park where we discovered some of the best scenery along the entire coast. I highly recommend stopping at Port Oxford for some outstanding panoramic views of the park looking towards the south. Although we didn’t have the time, it looks like the trek to the top of 1756-foot Humbug Mountain would be an excellent hike. The views of the rugged shoreline throughout this section of the coast are quite spectacular. 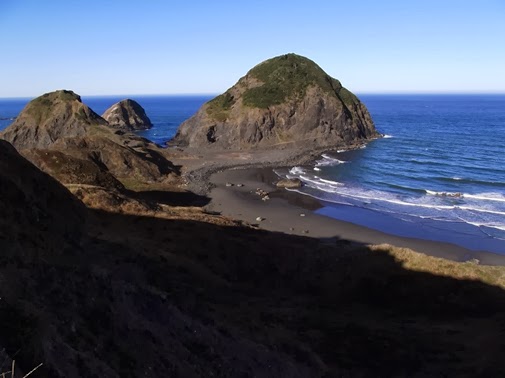 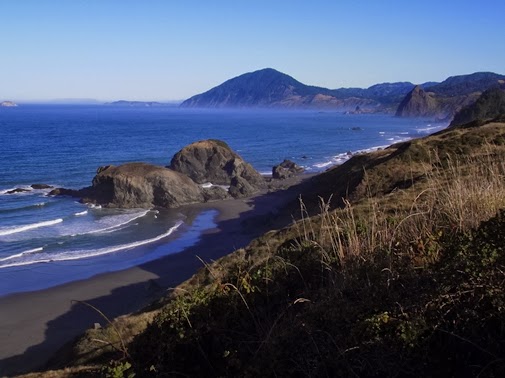 Just past Gold Beach we paid a visit to Cape Sebastian. Although the sweeping panoramas of the Pacific Ocean were fairly decent from the top of the 200-foot headland, we thought the up-close views of the sandy beaches and off-shore rocks at Hunters Cove and Meyers Beach, just south of the cape, were far more scenic. 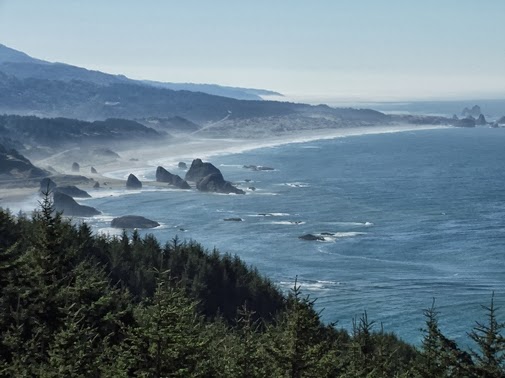 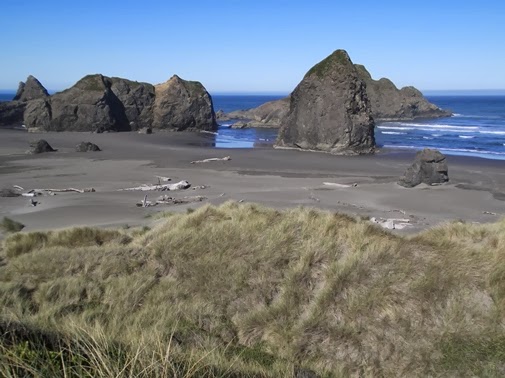 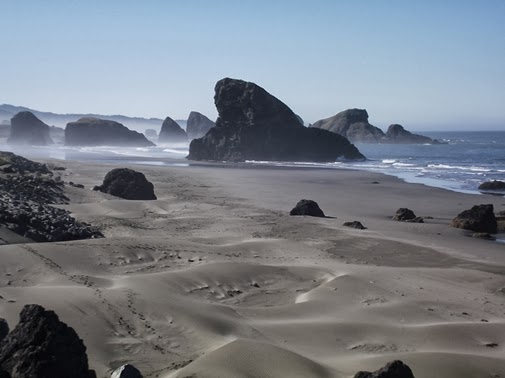 The final stops on our tour of the Oregon Coast were along the Samuel H. Boardman State Scenic Corridor. The 12-mile linear park offers several points of interest along its rugged and rocky coastline. The most notable are Arch Rock, Natural Bridges and China Beach. You can reach China Beach by hiking down a steep trail located just south of the Natural Bridges viewpoint. This hike is roughly seven-tenths of a mile and drops about 350 feet to the secluded beach. You’ll definitely need to check the tides chart if intending to cross the entire one-mile beach. Arch Rock and Natural Bridges can be seen via short walks from parking areas just off the roadway. 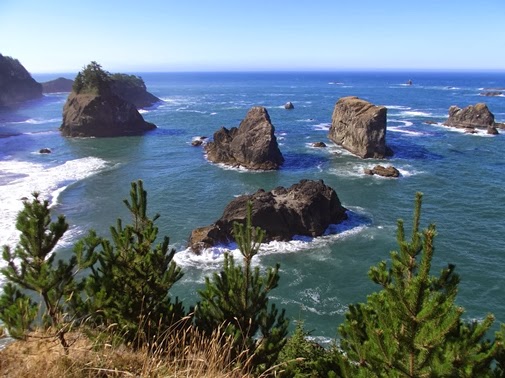 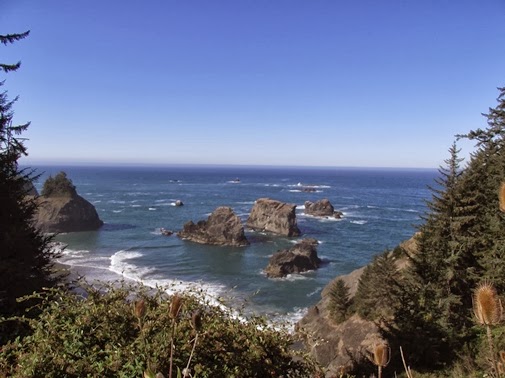 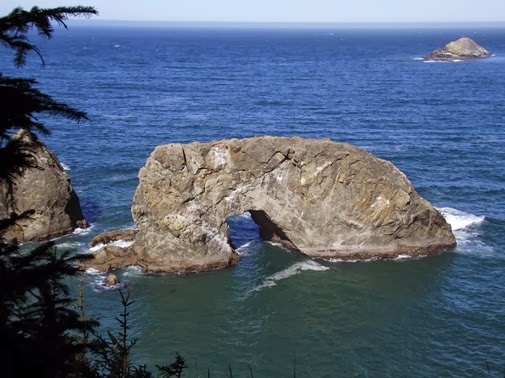 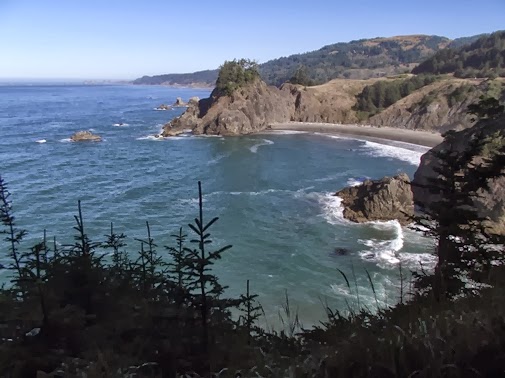 As you proceed down the corridor you’ll also drive over the highest bridge in Oregon. The 956-foot Thomas Creek Bridge on Highway 101 spans 345 feet above Thomas Creek.

From the Boardman State Scenic Corridor we continued our southbound journey. Our final destinations of the day were the majestic redwoods in Northern California where we visited the Stout Grove at Jedediah Smith State Park, and the Lady Bird Johnson Grove in Redwood National Park.

100 Hikes/Travel Guide: Oregon Coast & Coast Range - 363 miles of cliff-edged capes, public beaches, wild rivers, sand dunes, rainforest, and coastal mountains. Many of the top attractions are within easy reach of Highway 101, but others are accessible only by trail. To help you explore both the civilized and the wild parts of Oregon's spectacular shore, this book blends two kinds of guides -- a detailed Travel Guide for touring by car and a complete Trail Guide for planning adventures on foot.