Multnomah Falls is one of the most famous and most photographed waterfalls in the entire world. In addition to dropping more than 600 feet, the view of the falls is enhanced by the iconic footbridge that spans just above its lower tier.

Approximately 2.5 million people visit Multnomah Falls each year, making it the most visited natural attraction in Oregon. Reaching the waterfall is quite convenient. A short easy walk from the parking area off Exit 31 on I-84 (near Portland) leads to the viewing area. 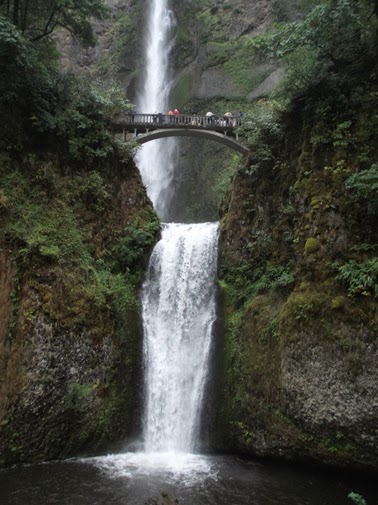 As a result of its popularity visitors should expect extreme crowds at the viewing area. Even if you venture up to the Benson Bridge you’re still likely to run into heavy crowds, as it’s only a quarter-of-a-mile from the trailhead. The historic cement bridge over the lower falls was built in 1914 for Simon Benson, the owner of a 400-acre tract of land that included both Wahkeena and Multnomah Falls. Before his death in 1942, Benson deeded the tract to the City of Portland, which later transferred ownership to the U.S. Forest Service. 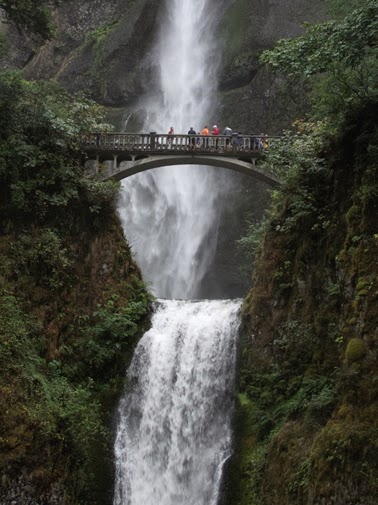 Multnomah Falls plummets more than 600 feet in two major tiers, making it the tallest waterfall in Oregon. The upper waterfall plunges 542 feet, while the lower fall drops 69 feet. From the parking area it may appear that the two tiers are in relatively close proximity to each other. However, once you reach the Benson Bridge you’ll see they’re actually at least 100 feet apart. 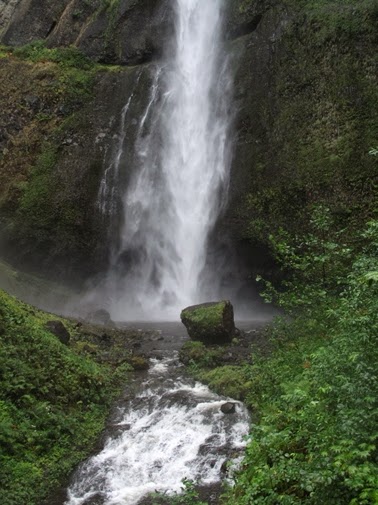 From time to time Mother Nature likes to remind everyone that she’s still in charge. In 1995 a 400-ton boulder broke loose from the face of Multnomah Falls and plunged into the pool at its base. The resulting wave of water and small rocks inundated a wedding party that was taking photos on the Benson Bridge. Of the 20 people in the party, 16 were taken to the hospital with minor injuries.

From the bridge the trail crosses over to the eastern side of the falls, and shortly thereafter begins a steep climb up to the overlook. 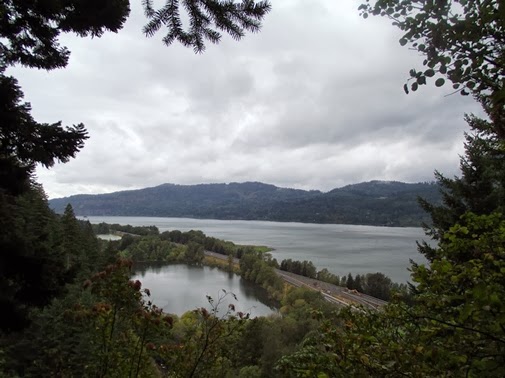 Built in 1915, the trail is the oldest maintained trail in Oregon. The paved path travels through a lush green forest as it climbs roughly 600 feet over the course of the next seven-tenths of a mile. Despite its steepness, the trail was still fairly crowded. We saw people walking with dogs, and even women in high heels! Because of this, as well as the noise from I-84 and occasional passing trains in the valley below, you really shouldn’t expect much of a wilderness experience on this hike.

The trail counts 11 switchbacks up to the overlook. When you reach switchback 9 the trail finally tops out and begins a short descent. Soon you’ll reach an unmarked side trail that spurs off to the right. After taking this short side trail you’ll reach another unmarked junction. Here you’ll take another right and soon will reach the wooden platform overlooking the top of Multnomah Falls. From this vantage point you’ll have a pretty good view of the falls plunging over the ledge, as well as the Benson Bridge and the parking area in the valley far below. You’ll also have a pretty good birds-eye view of the Columbia River Gorge as well. 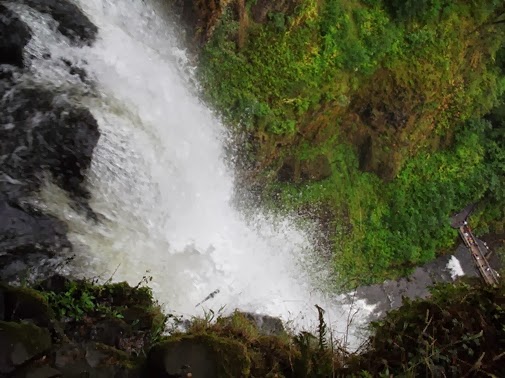 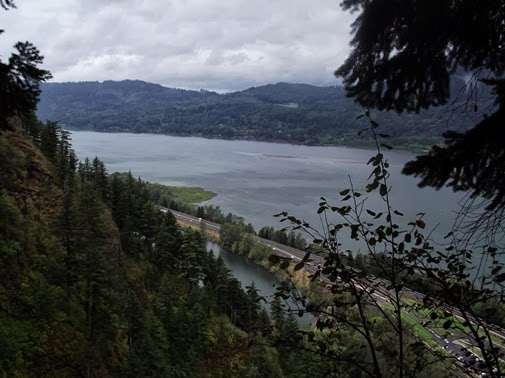 Multnomah Creek, which feeds the waterfall, originates from a natural underground spring a few miles to the south, near the summit of Larch Mountain. You can extend your hike by continuing up the trail to the top of the 4062-foot mountain. You can also use the trail to create a loop hike that connects with Wahkeena Falls towards the west, or Horsetail Falls to the east.