The hike to Gaylor Lakes traverses one of the highest maintained trails in Yosemite National Park, and offers some of the most spectacular high-country views off Tioga Road. It begins from Tioga Pass, at an elevation of 9945 feet, and reaches heights of 10,540 feet along the saddle ridge between Gaylor Peak and the unnamed mountain to the south.

The hike begins with a fairly steep climb, which gains almost 600 feet during the first six-tenths of a mile. This is the hardest part of the hike, and will surely take your breath away, especially if you’re not acclimated to the altitude. From this point forward, however, the trail travels along mostly easy to moderate terrain. 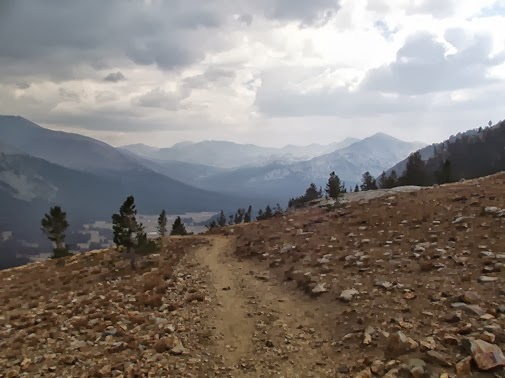 At the top of the saddle you’ll be rewarded with spectacular views of Dana Meadows and 12,117-foot Mammoth Peak to the south, 12,764-foot Mt. Gibbs towards the southeast, and 13-053 Mt. Dana towards the east. On the other side of the ridge you’ll have a birds-eye view of Middle Gaylor Lake and the entire Gaylor Lakes Basin. 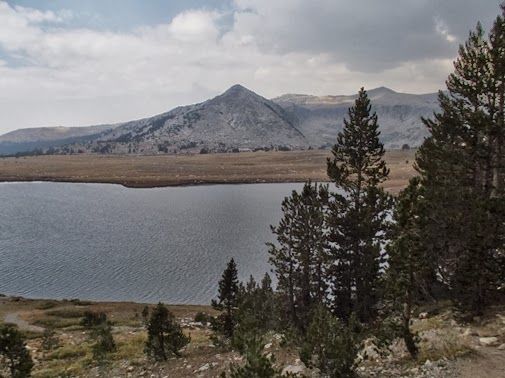 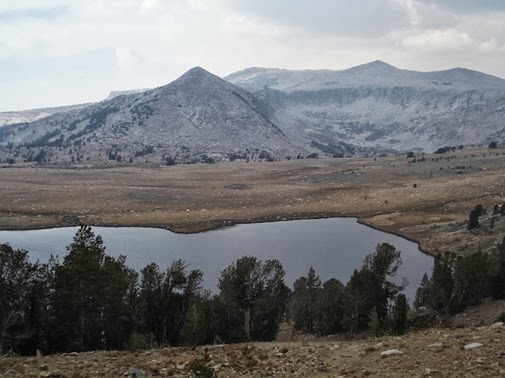 From the saddle the trail drops down to the eastern shore of Middle Gaylor Lake, roughly three-quarters of a mile from the trailhead. From this vantage point you’ll have great views of the Cathedral Range towards the southwest. Directly towards the west are several unnamed peaks that form a glacial cirque above the Granite Lakes, which are hidden behind the low ridge just above the western shore of Middle Gaylor Lake. Towards the northwest is 12,057-foot White Mountain. Unfortunately low hanging clouds and haze from the Rim Fire hindered clear views of the surrounding mountains this day.

From the eastern shore the trail skirts around to the northwest corner of the lake, before heading north towards Upper Gaylor Lake. The view of the lake along the north shore is quite interesting. From this angle it almost appears as if the lake is falling off a ledge on the opposite shore. 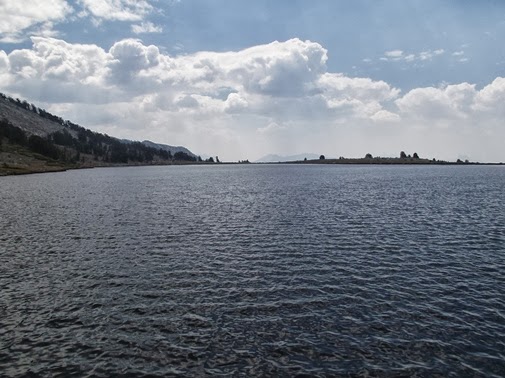 Here's a look back at the saddle ridge and the unnamed peak to the south: 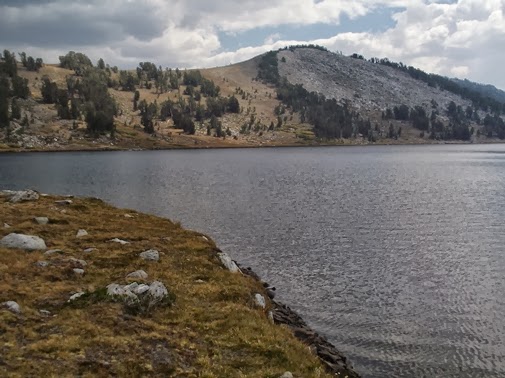 Between the two lakes the trail travels through some beautiful open terrain. 11,004-foot Gaylor Peak will be the dominating feature on your right as you proceed up the basin. During the summer hikers will enjoy a profusion of wildflowers that grow in the meadows, including alpine asters, lupine, columbine, monkey flower, alpine paintbrushes, corn lily, stonecrop, wallflower, Sierra penstemon and spreading phlox. 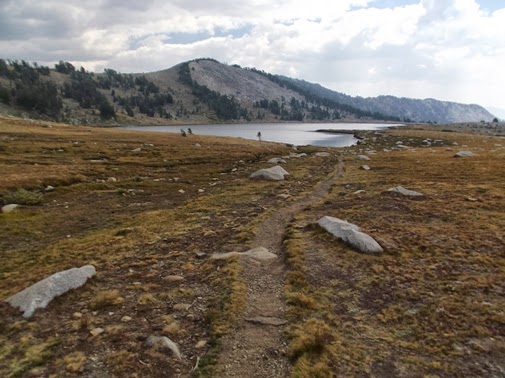 At 1.4 miles hikers will reach Upper Gaylor Lake. We intended to continue up to the Great Sierra Mine, but dark clouds were building in the Tioga Pass area, so we thought it was best to turn around at this point. 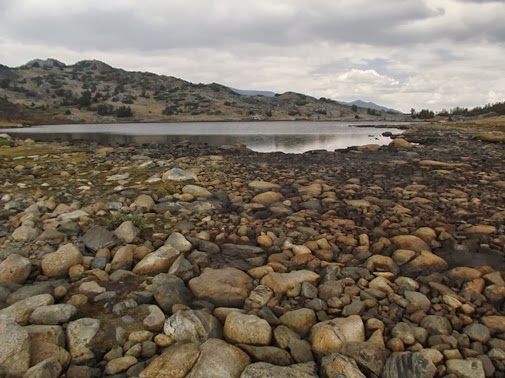 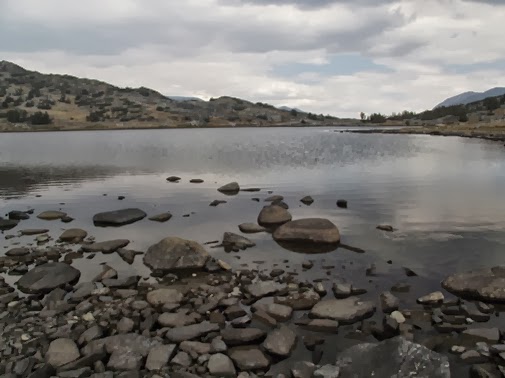 From the shore you can see the mine, as well as the trail that leads up to it. The trail proceeds along the western shore of the lake, before climbing up the gully on the mountain to the north of the lake. 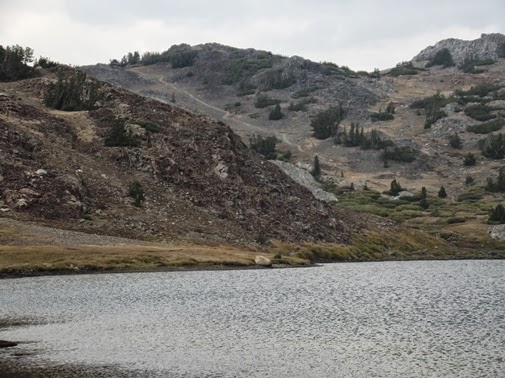 The Great Sierra Mine sits at an elevation of roughly 10,775 feet, and is roughly 1.8 miles from the trailhead. It was established in 1881 when the Great Sierra Consolidated Silver Company began drilling a tunnel. Although a 1784-foot tunnel was dug into the mountain, the so-called Sheepherder silver lode was never found. The mine, as well as the town of Dana, ceased operations in 1884.

Today, five stone cabins, a powder house and a blacksmith shop remain as a monument to the old mining days in the High Sierra. The mine shafts have either collapsed or have been filled in.

Hikers should note that Tioga Road is usually open from about late May or early June, through the end of October.

You may also want to note that you can visit Lower Gaylor Lake via a 4.6-mile roundtrip hike from a separate trailhead, located a little more than 4 miles west of Tioga Pass.