The Slickrock Foot Trail is located in the fairly remote Needles District of Canyonlands National Park. Despite its remoteness, this hike is considered to be one of the most popular hikes in the district. As we drove into the district that afternoon a storm skirted along the southwestern edges of the park: 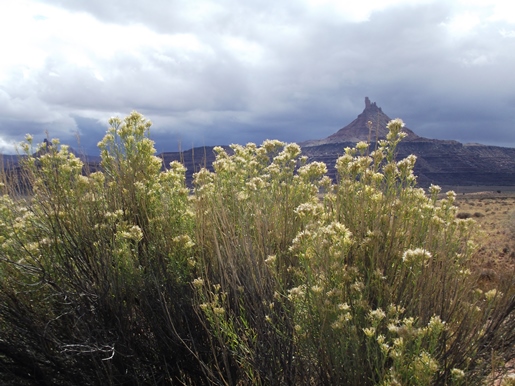 The Slickrock Foot Trail is actually an interpretive loop trail, which forms a large "lollipop". The trail itself offers outstanding panoramic views along the entire route, including the La Sal Mountains in the far-off distance. Despite relatively little elevation gain, the path is fairly rugged in some places, as it crosses over many sections of uneven surfaces. Hikers also need to be very vigilant in watching for cairns to help guide the way along the extended stretches of slickrock: 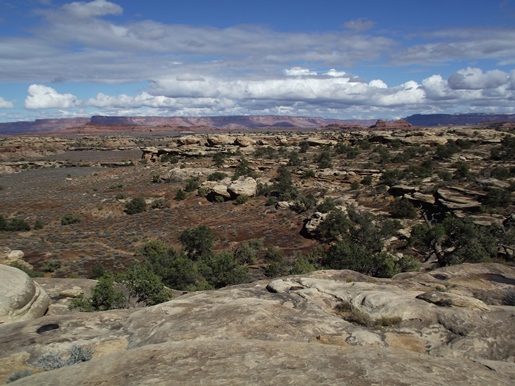 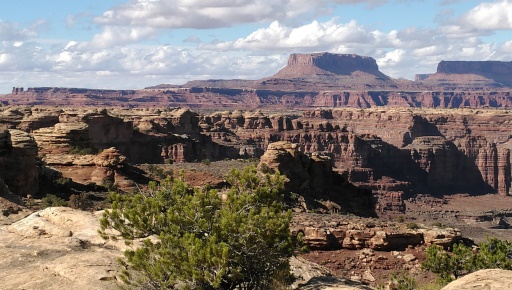 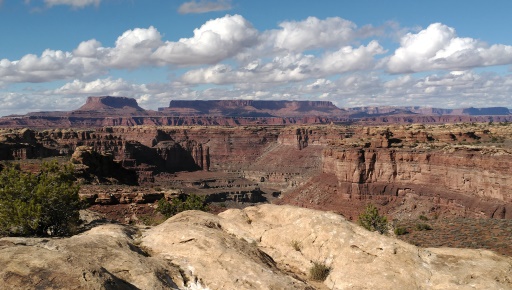 Just before reaching the park visitors will drive past Newspaper Rock State Historic Monument. I highly recommend stopping here to see this highly impressive petroglyph panel, which were carved by Native Americans during both the prehistoric and historic periods: 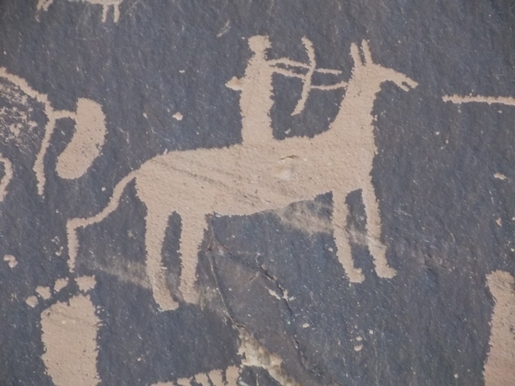 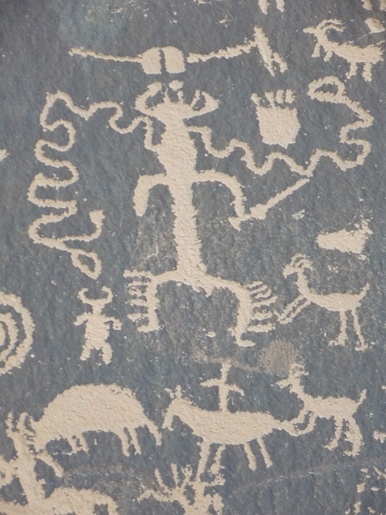 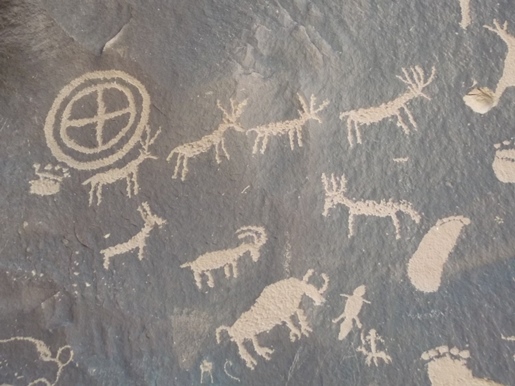 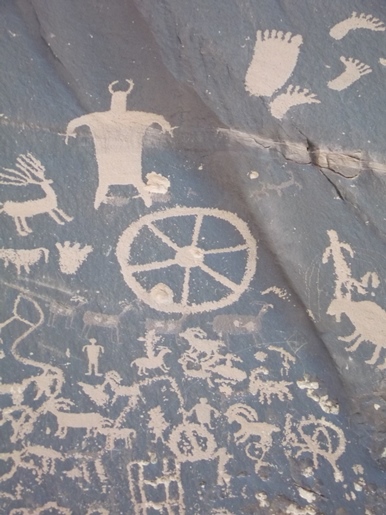