The hike to Wenkchemna Pass begins from Moraine Lake, which sits at the foot of the Valley of the Ten Peaks. Both the lake and the valley were featured on the reverse side of the Canadian twenty dollar bill between 1969 and 1979. At the foot of the lake is a large pile of boulders and rocks, leftovers from the glaciers that retreated thousands of years ago. A climb to the top of the rock pile is a popular destination for photographers. The view there of the lake and the valley is considered to be one of the most photographed scenes in Canada, and is now known as the "Twenty Dollar View". To say the least, this is an exceedingly beautiful scene, perhaps the most stunning in all of the Canadian Rockies. 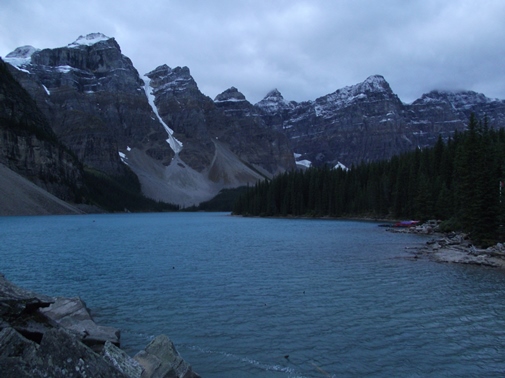 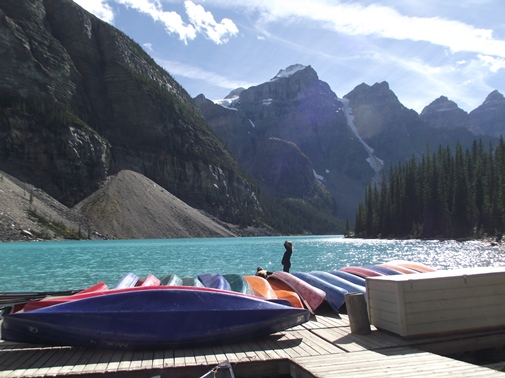 This hike proceeds all the way to the end of the spectacular Valley of the Ten Peaks. Near the head of the valley is Eiffel Lake. Beyond the lake the trail climbs to the pass.

The highest peak in the range is the 8th peak in the valley. Known as Deltaform Mountain, this rugged peak tops out at 11,234 feet (3424m). The last mountain in the chain, Wenkchemna Peak, means “ten” in the Stoney Indian language.

Fortunately for us a cold front passed through the mountains the night before our hike, and pushed the thick smoke out of the area. That morning we awoke to a cold and blustery early-September day. We even saw a few snowflakes – the first of the season for us. As the day wore on the clouds rolled out and we enjoyed beautiful blue skies. 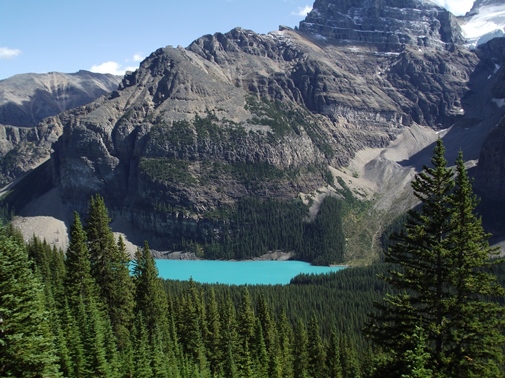 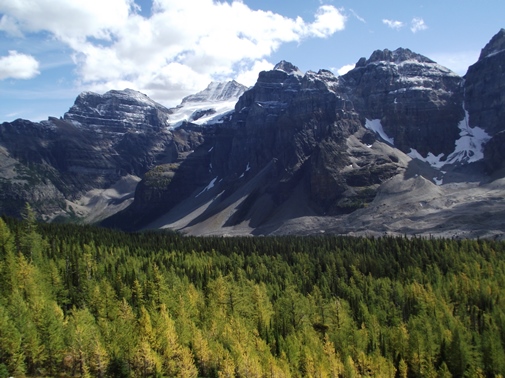 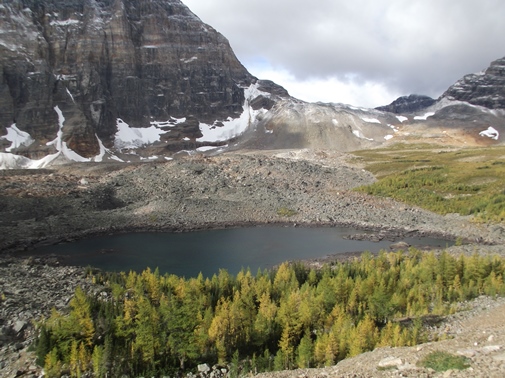 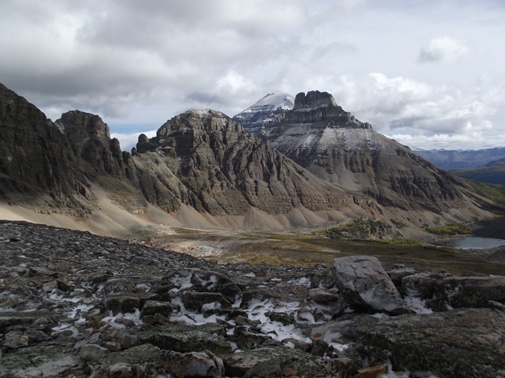