The hike to the Plain of Six Glaciers Teahouse begins from Lake Louise and the world famous Chateau Lake Louise. The original cabin, which stood on the same site as today’s massive chateau, was built by the Canadian Pacific Railway around the turn of the 20th century as a basecamp for outdoor enthusiasts and alpinists. Through two fires and four architects the small, one-story log cabin eventually evolved into a grand chateau. The Painter Wing, built in 1913, is the oldest existing portion of the current hotel. 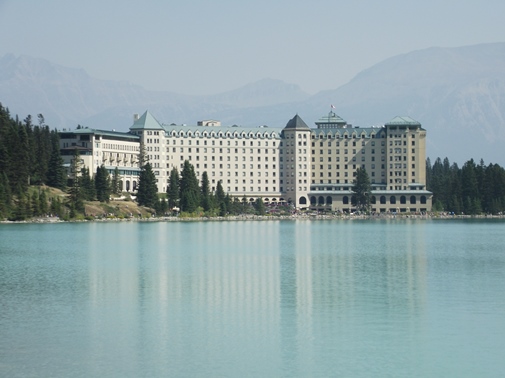 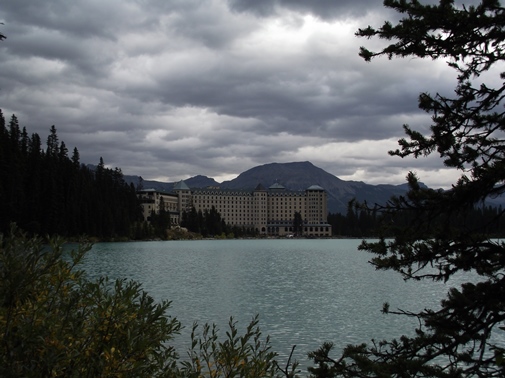 In the early days the Canadian Pacific Railway hired Swiss mountain guides to lead climbing expeditions and hotel guests into the mountains. As a result of the European influence introduced to the area, the CPR built several backcountry shelters and teahouses that reflected the Swiss chalet architecture style. This included the Plain of Six Glaciers Teahouse, which was built in 1924. From the beginning hikers will enjoy the spectacular scenery of Lake Louise. At its deepest point the lake is 230 feet (70m) deep. Cold Canadian winters usually results in the lake being frozen from November though June, with ice reaching a maximum thickness of 3.3 feet (1m) during mid-winter. As a result of being fed by six glaciers, fine silt from grinding rock gives the lake its beautiful turquoise color. 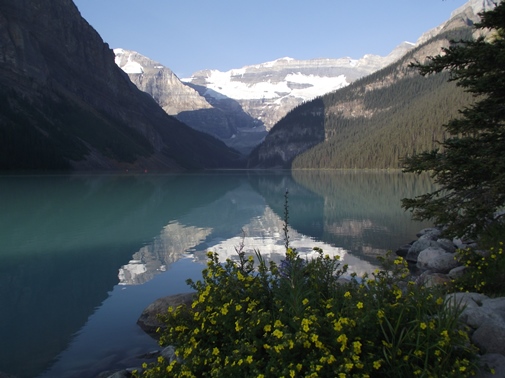 At the end of the valley is the Victoria Glacier, which once filled the entire valley. Roughly 10,000 years ago the glacier melted and left behind massive moraines and rocky debris which eventually formed Lake Louise. Today the glacier sits along the flanks of Mount Victoria and Mount Lefroy, which form the Continental Divide. The upper portion of the glacier is roughly 262 feet (80m) thick, which is roughly twice the height of Chateau Lake Louise. 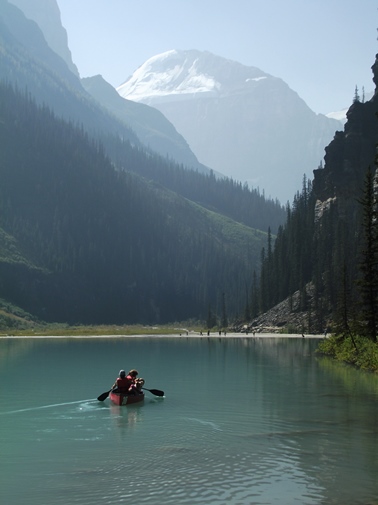 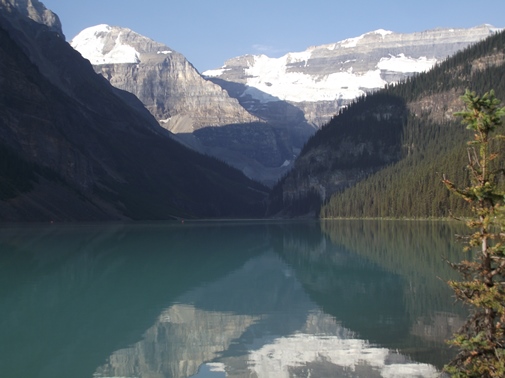 After walking more than a mile along the north shore of the lake the trail begins to climb towards the teahouse. 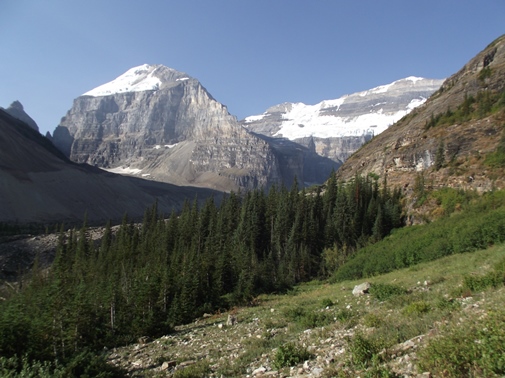 The Plain of Six Glaciers Teahouse serves tea, lemonade, soups, sandwiches and desserts. Unless you get here fairly early you should expect crowds and long waits. 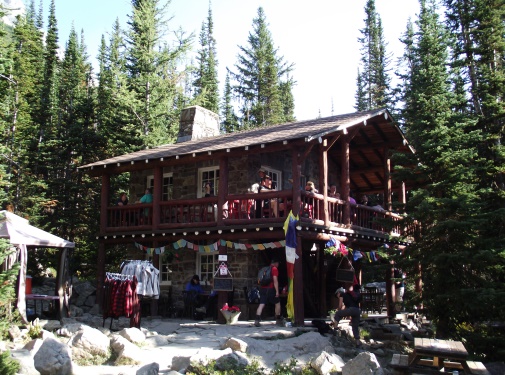 The trail continues beyond the teahouse to climb a lateral moraine which offers close-up views of Victoria Glacier and Abbot Pass, which sits between Mount Victoria and Mount Lefroy. 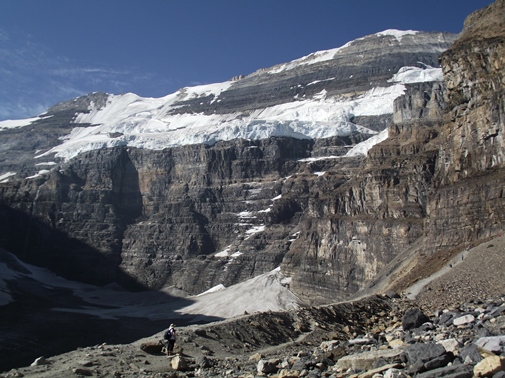