Back in September of 2012 we decided it was time to join the movement! Kathy and I heeded the call from the 99% and decided it was time to Occupy Wall Street. When we reached the trailhead at Sunset Point, however, we soon discovered that we were actually among the 1%. There were only two other people ahead of us who had ventured down the Navajo Loop Trail and into the Wall Street Canyon at this point.

Lesson learned: when visiting Bryce Canyon National Park it’s far better to begin your hikes as early in the morning as possible in order to beat the crowds. If you wait until later in the morning people will begin filing in by the busloads - literally. Moreover, the changing light of the early morning (or late afternoon) provides some of the best opportunities for photographing the hoodoos and canyon walls.

Our destination for the day was the Queen’s Garden Loop, which includes parts of the Navajo Loop Trail and Wall Street, while taking hikers through a beautiful maze of colorful hoodoos along the spectacular canyon floor. 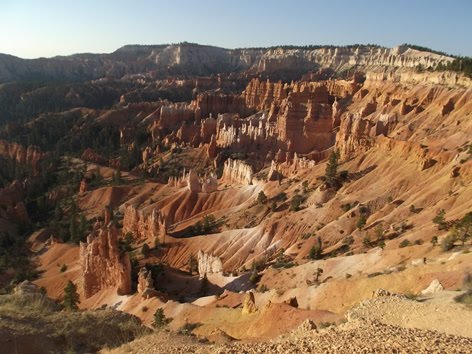 Although the park recommends hiking this extremely popular loop in clockwise fashion, we did the opposite. Based on a tip we received the day before, we began our hike from Sunset Point which allowed us to explore Wall Street virtually on our own, and to ascend the more gentle grades of the Queen’s Garden Trail when climbing back to the top of the rim at Sunrise Point. 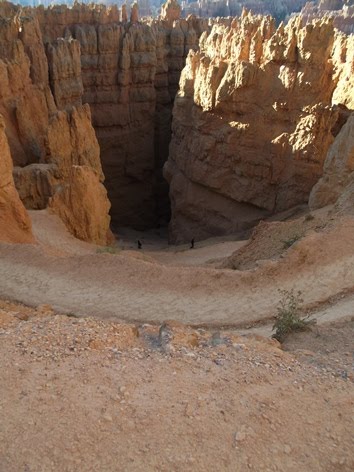 Our hike began with a rapid descent down Wall Street, probably the highlight of the hike, at least for me. The trail drops 400 feet in less than a half-mile before passing through the narrow canyon walls that provide its namesake. The park warns that more rocks fall on this trail than any other trail in the park. In fact, a major rockslide occurred here in 2006, and subsequent slides shut this section of trail down in 2010 and 2011. 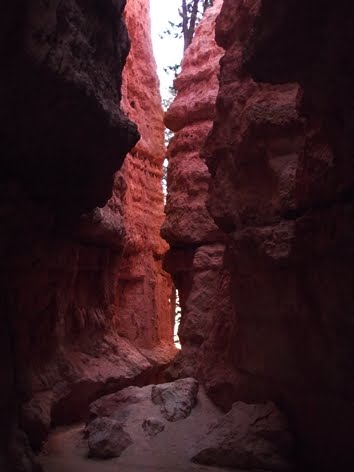 At the far end of the narrow canyon there are a couple of Douglas fir trees that are estimated to be between 500 and 700 years old.

After exiting Wall Street the trail begins passing through a maze of colorful hoodoos. There were so many interesting rock formations that I found myself constantly doing 360s in order to take in all the sites. I was also quite amazed to see so many trees growing within the canyon, including pinyon pine, juniper and ponderosa pine. 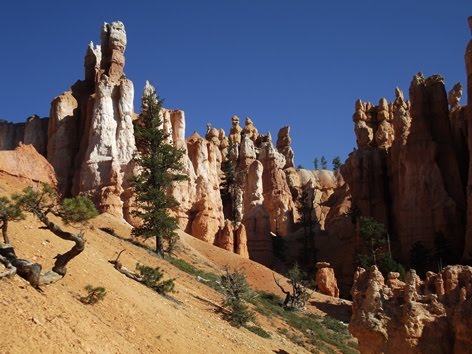 Soon the Navajo Loop Trail intersects with the Queen’s Connecting Trail. Although we were more than 600 feet below the rim, and more than three-quarters of a mile away, we could still smell bacon wafting through the air from campers at the Sunset Campground. 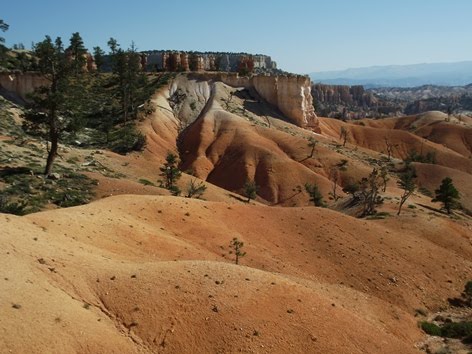 After traveling about a mile on the Queen’s Connecting Trail you’ll reach a short side trail that leads to the Queen Victoria rock formation. I’ll let you be the judge as to whether the hoodoo resembles the famous statue in London: 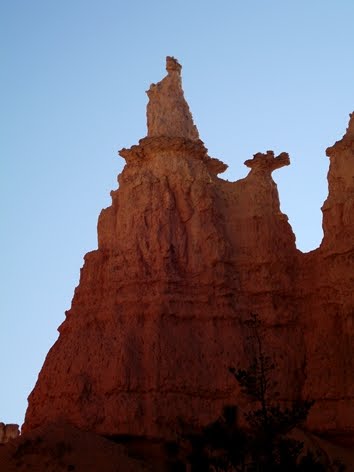 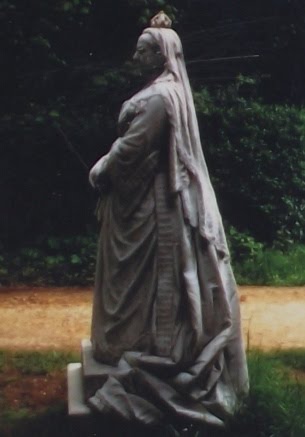 After viewing the “Queen” the loop continues, and soon reaches the Queen’s Garden Trail junction. From here hikers will begin climbing back up to the top of the rim. Along the way you’ll pass through a couple man-made rock arches. 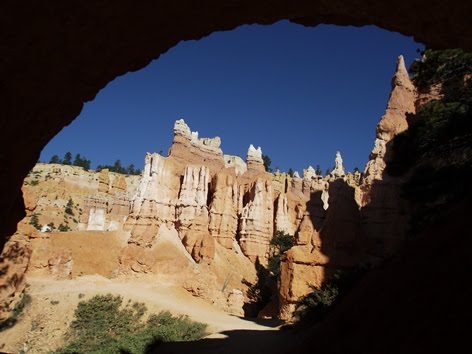 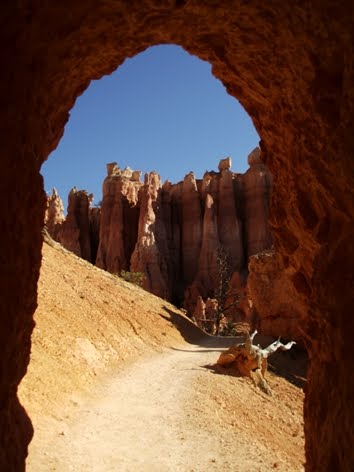 This is a classic hike, and one that should be taken even if you only have a few hours to spend in the park. The trail is well groomed but I would recommend taking a map as some of the side trails and signage can be a little confusing.