This really wasn’t what I was expecting. For whatever reason I thought we would be hiking on a hot dusty trail through an arid, dessert-like environment. Maybe it came from my experience from hiking at nearby Badlands National Park several years back. Instead, the trail to Harney Peak passed through a pleasant forest of spruce, ponderosa pine, a few aspens, a couple of grassy meadows, and a surprisingly large number of wildflowers.

The 7242-foot peak, the highest point in South Dakota, is located in the Black Elk Wilderness Area of the Black Hills. There are two primary trails that lead to the summit in the southwestern corner of the “Mount Rushmore State”. The Harney Peak-Willow Creek Trail, which begins from the Willow Creek Horse Camp and approaches the mountain from the north, is a 10-mile roundtrip hike that climbs roughly 2200 feet. During our visit in August of 2011 we opted for the shorter route, a 7-mile roundtrip hike from Sylvan Lake which climbs roughly 1500 feet.

On the way to the trailhead we had a couple of interesting views of Mt. Rushmore: 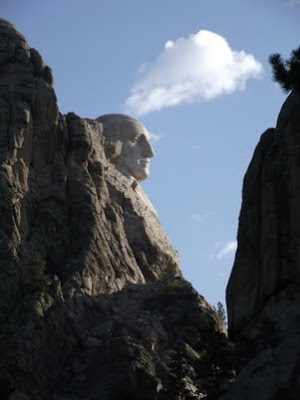 About a half-mile into our hike we enjoyed the first views of our destination. It's fairly easy to locate – simply look for the stone tower atop the ridge towards the north: 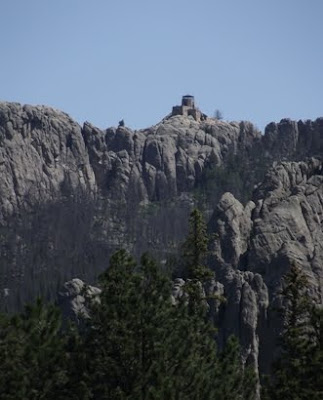 The day we hiked the trail happened to be the first day of the annual Sturgis Motorcycle Rally. Although we were miles from the road we could still hear the roar of the engines – even from as far away as the summit. To add insult to injury we were buzzed a couple of times by a tour helicopter with a Harley Davidson logo on it!

Don’t get me wrong, I don’t have any problems with the Sturgis Rally, I just wouldn’t recommend visiting the area at this time of year if you’re looking for quiet and solitude. During the 24 hours we spent in the Black Hills we probably saw at least a couple thousand motorcycles, even though we never came within 20 miles of Sturgis. If you think this might be an exaggeration, we were told that roughly 750,000 motorcyclists showed up for the event in the prior year!

As already mentioned, there’s an old stone tower that sits atop the summit. It was built by the Civilian Conservation Corp in 1939, and was used as a fire lookout for several decades. Although no longer in use today, it's still open to hikers. A plaque at the tower states that Harney Peak is "the highest point east of the Rockies and west of the Pyrenees Mountains of Europe." 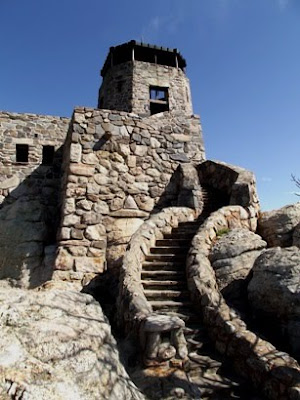 Since 1896 the peak was officially named for General William S. Harney, a military commander in the Black Hills area during the Indian Wars. However, in August of 2016, the U.S. Geological Survey announced that Harney Peak would now be known as Black Elk Peak on all federal maps. South Dakota's highest point is now named after Black Elk (1863-1950), an Oglala Sioux medicine man.

Throughout time the mountain has served as a destination for Sioux Indians on their vision quests. Even today you’ll see a couple of prayer flags near the summit. Black Elk, who was a second cousin of Crazy Horse, had his "Great Vision" while atop the peak as an older man. A writer by the name of John Neihardt accompanied the old warrior on this quest, and recorded his words:


"I was standing on the highest mountain of them all, and round about beneath me was the whole hoop of the world. And while I stood there I saw more than I can tell and I understood more than I saw; for I was seeing in a sacred manner the shapes of all things in the spirit, and the shape of all shapes as they must live together like one being."

If you decide to hike the mountain you may want to note that the chipmunks at the summit are extremely aggressive. Watch your food like a hawk, and don’t leave your backpack open.

The views from the summit are quite grand: 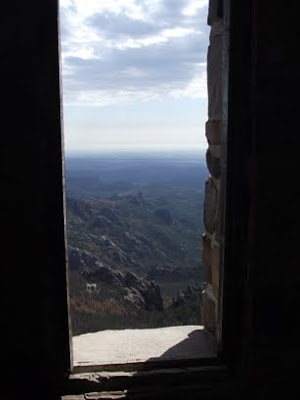 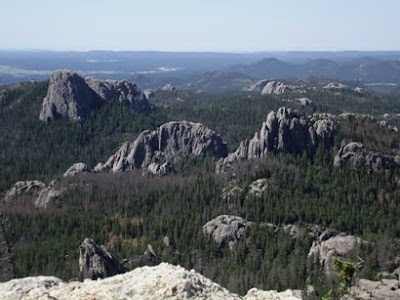 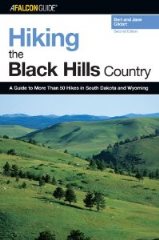 Hiking the Black Hills Country - covers nearly all the trails in the area from Devils Tower National Monument and Mount Rushmore National Memorial, to Custer State Park and Wind Cave and Badlands National Parks. Detailed descriptions and maps will get you to the trailheads and help you plan your trip. This guide also includes tips on safety and hiking with children, elevation charts, photographs, no-trace camping information, and an equipment checklist.